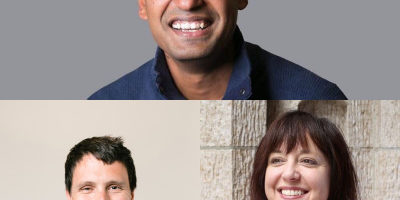 Opendoor has named Gautam Gupta its chief financial officer and chief business officer, critical roles as the business continues to alter the way in which homes are bought and sold. Uber’s former head of finance, Gupta joined the $3.8 billion home-selling platform as its chief operating officer in 2017.

The company, which has raised more than $4 billion in debt and equity funding to date, is announcing several new hires this morning. Venrock’s Tom Willerer has joined as the company’s first-ever chief product officer. Willerer has previously led product at Coursera and Netflix. He joined the Silicon Valley venture capital firm Venrock in 2017 and has since struck deals with edtech startups including Make School and Flockjay .

Opendoor has also hired Julie Todaro as its president of homes and services, another newly created role. Todaro, who spent over a decade at Amazon, most recently as its vice president of consumer electronics, will oversee market operations, customer experience and home services.

Finally, Carrie Wheeler, a partner at TPG for 20 years, and Jason Kilar, the founding CEO of Hulu, have joined Opendoor’s board of directors.