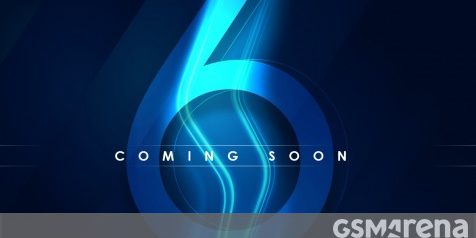 Realme is all set to introduce its upcoming 6-series phones – the Realme 6 and 6 Pro in India. Realme India CEO Madhav Sheth teased the two devices are coming soon through a Twitter post.

With 9 million+ satisfied users in India within 18 months, the #realme number series & Pro series is the most loved in the family!
Adding more to this series. Will reveal tomorrow!
Any guesses? pic.twitter.com/qL2pe1pGXA

In a separate post, we got a camera sample straight from the Realme 6 which was used to photograph Sheth and Bollywood star Salman Khan. The watermark on the image confirms the upcoming lower mid-range smartphone will pack a 64MP main sensor and four cameras in total on its back.

The latest tease came from the @realmemobiles profile which clearly indicates the Realme 6 series is coming soon but theres still no confirmed launch date or specs details. Given all the teases, were expecting more details in the coming days.

Do you spot the number?
Your smartphone universe is about to change very soon.
Stay tuned, were launching something that would capture your soul. pic.twitter.com/POoGNVa7M9

Yesterday we came across an FCC listing which gave us a detailed look at the Realme 6i – the most affordable member of the Realme 6 lineup. The device will pack a four-camera array with a 48MP main camera, 5,000mAh battery and the dated microUSB port.

Alleged Redmi Note 9 spotted at 3C with 4G connectivity, 22.5W fast charging support
March 30, 2020
DON’T MISS OUT!
Subscribe To Newsletter
Our iOS app will be ready soon, be the first to know
Give it a try, you can unsubscribe anytime.