Revamped Photo Of The Earth Reminds Us How Small We Are 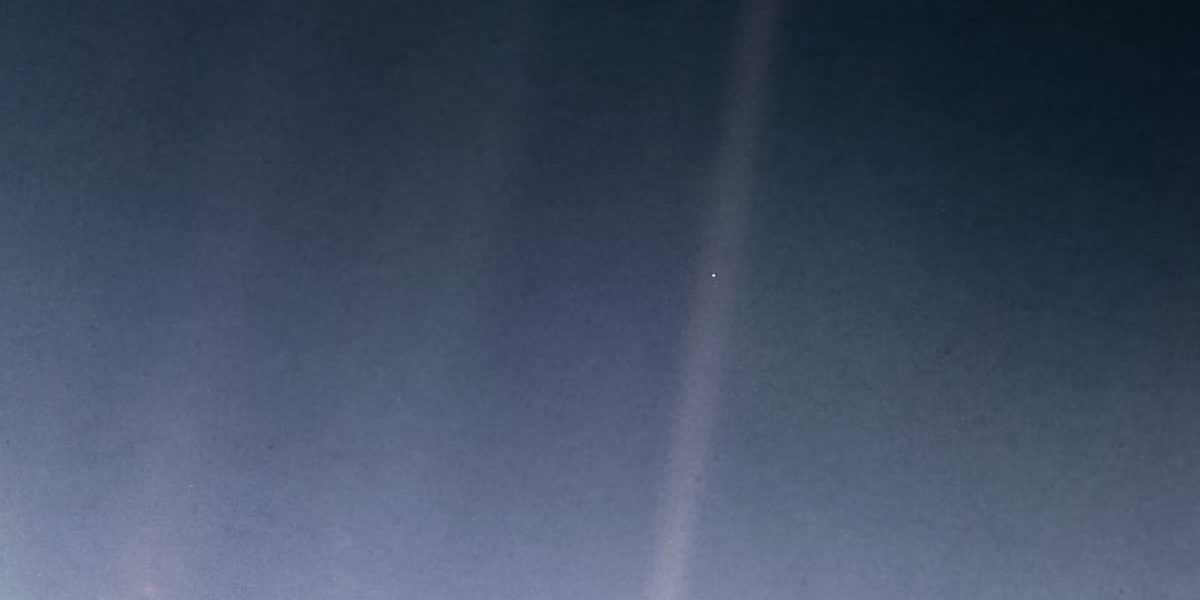 A famous photo taken of the Earth has been revamped with today’s technology to give humans a better look at how small we really are within this vast universe.

“Pale Blue Dot” was taken by the Voyager mission 30 years ago, on February 14, 1990, but the updated version used modern-day image-processing software to show the Earth in the context of its universe.

“The Voyager imaging team wanted to show Earth’s vulnerability — to illustrate how fragile and irreplaceable it is — and demonstrate what a small place it occupies in the universe,” NASA wrote in a blog post about the iconic photo.

The image features scattered rays of sunlight through the vast blackness of space, and just off-center is a very tiny dot, which is Earth.

According to NASA, the revamped image almost didn’t happen, since it was captured just minutes before the Voyager cameras turned off to conserve energy. The Voyager 1 mission was the first and only spacecraft ever to take photographs of our solar system.

Comparing the first image of the “Pale Blue Dot” with the updated version shows how far we have come in terms of photography and technology in the past three decades. And comparing photos of our solar system taken after “Pale Blue Dot” shows precisely how far we’ve come in space exploration.

Last April, astronomers were able to capture the first image of a black hole. The orange glow from the image captured resembles a visualization of a black hole’s accretion disk by Jeremy Schnittman, the research astrophysicist at NASA Goddard Space Flight Center. The black hole in the April image is located in Messier 87, a galaxy 55 million light-years away.

Scientists were also able to use the Daniel K. Inouye Solar Telescope based in Maui, Hawaii, to capture a close-up view of the surface of the sun. The image looks like kettle corn at first glance, but it’s actually a pattern of boiling plasma.

Some of the other best space photos include patches of snow on Mars, a Ring Nebula, Jupiter’s Great Red Spot, and more.

The mirrorless Fujifilm X-T4 camera brings a stabilized sensor for the first time
February 26, 2020
DON’T MISS OUT!
Subscribe To Newsletter
Our iOS app will be ready soon, be the first to know
Give it a try, you can unsubscribe anytime.