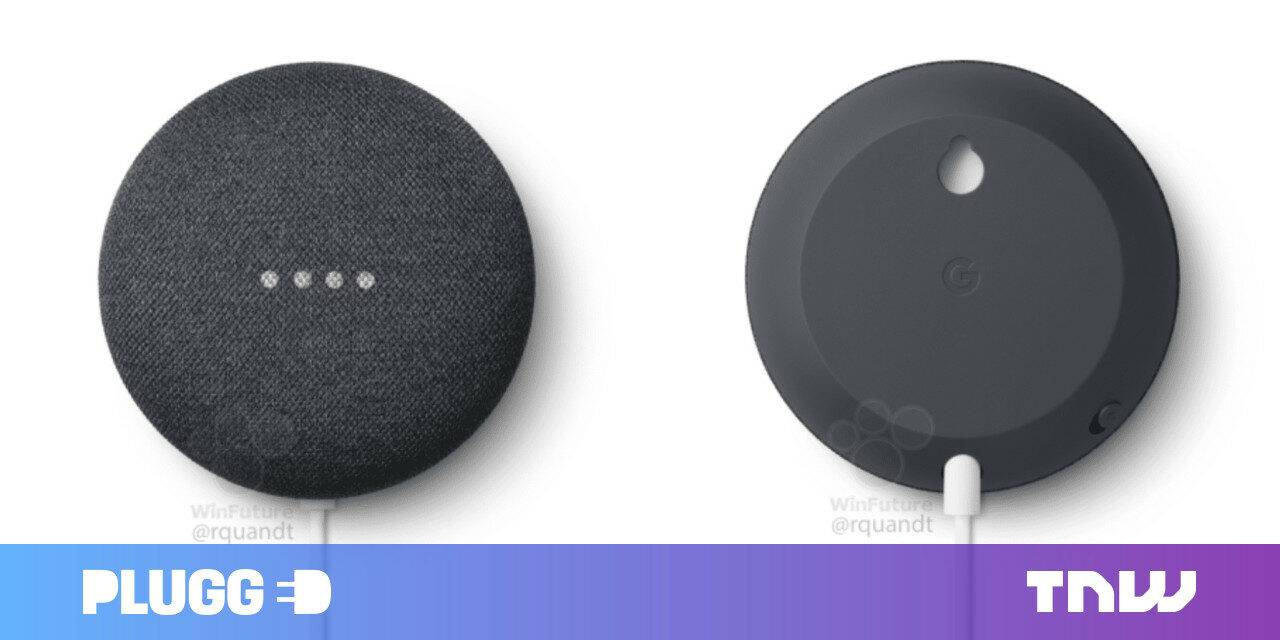 It’s the start of a new week, time for yet another Google leak. This time it’s for Google‘s latest voice assistant device, the Google Nest Mini. As far as we can tell, it looks a whole lot like the original Google Home Mini, except it has a wall mount. That’s something, I guess.

Google has slowly been renaming its Home devices under the ‘Nest,’ bringing some cohesion to its home hardware lineup. WinFuture acquired what appear to be official marketing images of the device, showing the new, single screw mount to easily attach the device to a wall. The device is purported to be made out of more recycled materials and come in at least one new color – a neat sky blue.

The wall mount is a nice touch; the Mini is a small device that actually looks quite nice, as far voice assistants go. I wouldn’t mind posting one somewhere unobtrusive, and the wall placement would probably have the side benefit of making audio more intelligible, as sound would have a more direct path to your ears. The new Mini also has a 15W charger, as opposed to a 9W one on the original, which could suggest a more powerful speaker.

Unfortunately, there does not seem to be an aux jack on board, unlike Amazon’s Echo Dot. With Google phasing out the Chromecast Audio, connecting your old speakers to Google‘s wireless system is still something of a pain.

The new Mini is expected to retail for the same $49. We’ll likely find out more at Google‘s big Pixel event tomorrow.

The case for biometric authentication — and why we should ditch passwords
June 7, 2020

A brief history of bad logo redesigns — and what designers can learn from them
June 6, 2020

Fortunes are growing for Instagram’s best and brightest. Here’s what it takes to succeed
June 6, 2020

The Criterion Channel removes paywall on classic black cinema
June 6, 2020
DON’T MISS OUT!
Subscribe To Newsletter
Our iOS app will be ready soon, be the first to know
Give it a try, you can unsubscribe anytime.