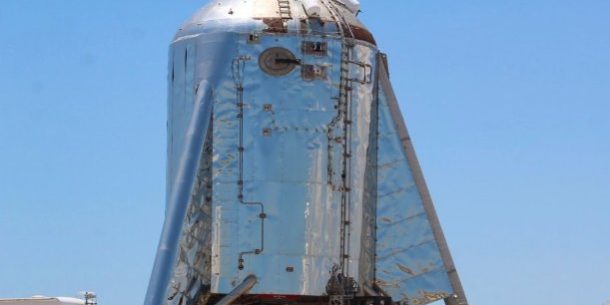 SpaceX is preparing for a key test in development of its next-generation Starship spacecraft, with a target of performing a ‘hover’ demo of its ‘Starhopper’ prototype rocket on Tuesday next week. The test will be the first time the rocket attempts liftoff with the new Raptor engine SpaceX is designing to succeed the Merlins used in its current Falcon 9 and Falcon Heavy rockets.

The hover test will involve getting the Starhopper off the ground to a height of about 20 meters, which is nowhere near high enough to prove its ability to launch things into space, but which is a key step in the development of both the Raptor engine and the reusable Starship spacecraft, which is the cornerstone of SpaceX’s ambitious plans to develop human presence in space, and eventually establish a colony on Mars.

SpaceX CEO Elon Musk noted that this first untethered test flight will also involve moving the Starhopper sideways, and that the company will hopefully also be able to launch the first version of its Starship spacecraft in just “a few months,” with a target altitude of around 20 km (around 65,600 feet). Note that Musk’s timelines tend to be highly optimistic, so adjust your expectations accordingly.

In April, Starhopper performed a tethered test, which took place near its Texas development facility, lasted all of two seconds, and followed quickly on the heels of an earlier quick ignition test of the Raptor engine firing on Starhopper for them first time.

Musk also previously said that the company is planning a more formal presentation of Starship, and that we could see this as early as later this month. This would be a chance for SpaceX (and presumably its CEO) to more fully articulate its plans for getting Starship operational, and what it hopes to accomplish once it does.