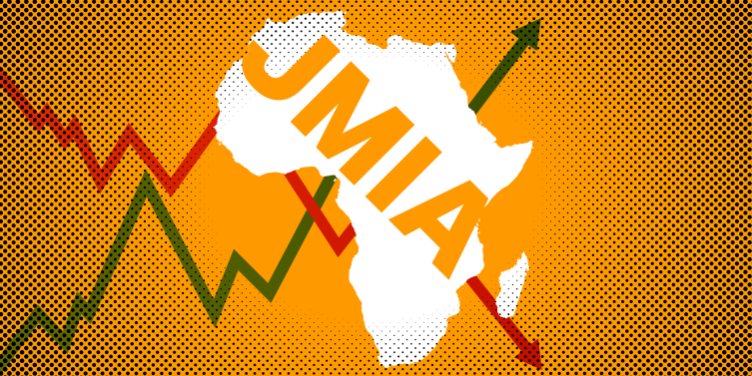 Shares of Africa focused e-commerce company Jumia dropped 4% the day after the lockup period expired for its April IPO on the New York Stock Exchange.

The lockup provision prevents major shareholders — namely those who purchased equity pre-public listing — from selling their shares for a specified number of days following the IPO.

Jumia’s stock price began Thursday at $7.54, fell to an all-time low of $6.98 by 2pm, and then closed 35 cents down from opening, at $7.19. Jumia’s trading volume on Thursday moved up 19 percent over the daily average since the company went public.

Sites that track SEC Form 4 trades, or sales by insiders, aren’t showing anything (at the moment) for Jumia.

What does this all mean? It appears there wasn’t an immediate big stock sell by Jumia’s early and large shareholders post lockup expiry. There was some speculation these investors could drop the company after several rough and tumble months for Jumia post IPO.

For Jumia, going public has been an up and down affair. After becoming the first tech startup operating in Africa to list on a major exchange, the company saw its share price rise 70% after listing on the NYSE in April at $14.50.

Then in May, Jumia’s stock tumbled when it came under assault from a short-seller, Andrew Left, who accused the company of fraud in its SEC filings.

Jumia’s latest earnings reporting — delivered in August — had some downside beyond losses. The  company did post second-quarter revenue growth of 58% (≈$43 million) and increased its customer base to 4.8 million from 3.2 million over the same period a year ago.

But Jumia also posted greater losses for the period, 67.8 million euros, compared to 42.3 million euros in 2018.

On top of that, Jumia opened up about a sales related fraud (that it has reported in its original SEC IPO filing) committed by some of its employees and members of its JForce program “to benefit from differences between commissions charged to sellers and higher commissions paid to JForce agents,” according to a Jumia statement.

“The transactions in question generated approximately 1% of our GMV in each of 2018 and the first quarter of 2019 and had virtually no impact on our 2018 or 2019 financial statements,” the statement continued.

As a public company now, the most direct way for Jumia to revive its share-price would be reducing its losses while maintaining or boosting revenues. Of course, that’s the common prescription for many a tech company.

Jumia believes expanding and generating more revenue through its JumiaPay product (with better margins than B2C e-commerce transactions) could help close the revenue vs. loss gap.

Investors and the market at large will be able to track Jumia’s progress during its next (Q3) earnings call, scheduled for November 12, Jumia confirmed to TechCrunch.