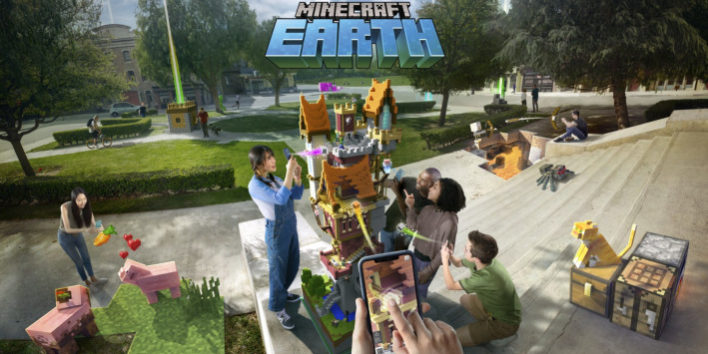 If you’ve been waiting to check out Minecraft Earth (Mojang’s Pokemon GO-style augmented reality reimagining of its hugely popular game Minecraft) good news: it’s starting to roll out to some people now.

The catch? It’s only available to a slice-of-a-slice of the world, at first.

After opening up a registration system for its closed beta just a few days ago, the company says that it sent out the first batch of beta invites this afternoon.

The beta is being rolled out on a region-by-region basis, with randomly picked players in Seattle and London getting access at first. Mojang says more cities should go live in “the next few days,” but doesn’t get any more specific than that.

It’s also worth noting that the beta is iOS only for now; Android support is on the way, but it won’t land until later this summer.

Our own Devin Coldewey went hands on with an early build of Minecraft Earth a few months ago – check out his first impressions here.