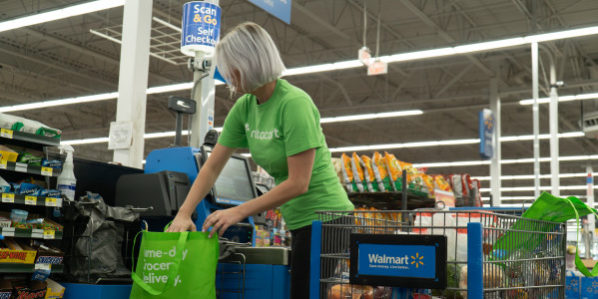 Instacart has long been at odds with its shoppers — the people who go to the grocery store on behalf of customers. From November 3-5, thousands of Instacart shoppers plan to protest with three demands. They want Instacart to change the default tip amount to at least 10%, ditch the service fee and commit to always giving 100% of the tip to the shopper.

“We did not arrive at the 10% figure arbitrarily, rather this is what the default tip amount was back when I and many others started working for Instacart,” Vanessa Bain, an Instacart shopper wrote on Medium this week. “We are simply demanding the restoration of what was originally promised.”

Back in 2016, Instacart removed the option to tip in favor of guaranteeing its workers higher delivery commissions. About a month later, following pressure from its workers, the company reintroduced tipping. Then, in April 2018, Instacart began suggesting a 5% default tip and reduced its service fee from a 10% waivable fee to a 5% fixed fee.

“We take the feedback of the shopper community very seriously and remain committed to listening to and using that feedback to improve their experience,” an Instacart spokesperson told TechCrunch.

This protest is on the heels of a class-action lawsuit over wages and tips, as well as a tipping debacle where Instacart included tips in its base pay for shoppers. Instacart, however, has since stopped that practice and provided shoppers with back pay. Though, Fast Company recently reported that Instacart delivery drivers’ tips are mysteriously decreasing.

But it’s a new day for gig economy workers — at least in California. Last month, California Governor Gavin Newsom signed into law gig worker protections bill AB-5. This legislation will make it harder for gig economy companies to classify their workers as 1099 independent contractors when it goes into effect in January. The victory came after gig workers made their voices heard through protests and other direct actions.

What’s clear at this point is that workers are refusing to stay silent and are more than willing to advocate for themselves. Organizers of the Instacart protest have outlined three ways for shoppers to get involved. The more active approach would entail shoppers signing up for as many hours as possible from November 3 -5, but keep letting the batches time out. The more passive approach entails not signing up for any hours at all, and not accepting any on-demand batches.

“Despite loyalty to Instacart and the customers we’ve gotten to know over the years, many of us have been forced to find other gigs to make ends meet,” Bain wrote. “But not all Shoppers are so lucky or even have the ability to be so fluid with their careers or their time. A large portion of the working body are single parents, caregivers, are disabled or have other conditions or obligations that would make getting other work difficult or impossible. Instacart is highly aware of this and weaponizes this fact against us when turning the pay dials lower and lower.”