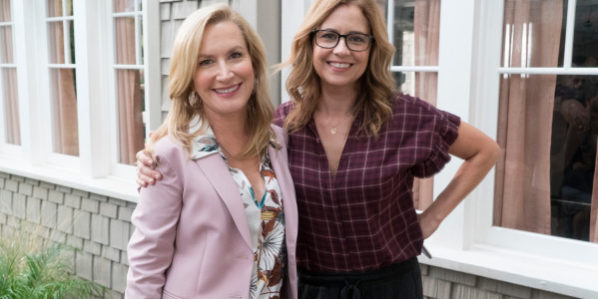 Oh, be still my heart.

It’s not The Office reunion special/season/complete series everyone wants, but it’ll do for now: Jenna Fischer (Pam) and Angela Kinsey (… Angela) are setting up to release a podcast together.

Called “Office Ladies” (though I hope “Party Planning Committee” was at least in the running), they’re going to rewatch the show and talk about one episode each week.

It’ll be produced by the podcast hub/app Stitcher, but the company says it’ll also be on Spotify, Apple Podcasts and “anywhere podcasts are available.”

Despite having wrapped up in 2013, The Office is wildly popular right now. Much of this popularity seems to stem from it being available (and repeatedly bingeable) on Netflix, where it’s reportedly the service’s most watched show. This wave of popularity, swirled together with the stars’ own nostalgia from rewatching episodes they shot roughly a decade ago, seems like a setup for a pretty solid podcast.

The first podcast is set to ship on October 16th of this year. Alas, at one episode per week, that’ll only let them get through about a quarter of the series’ 201 episodes before it leaves Netflix in 2021 for whatever NBC’s streaming thing is going to be called.

If they’re having any of their co-stars make guest appearances, none have been announced yet — but if so, Jenna and Angela, just remember: Creed might need some editing.