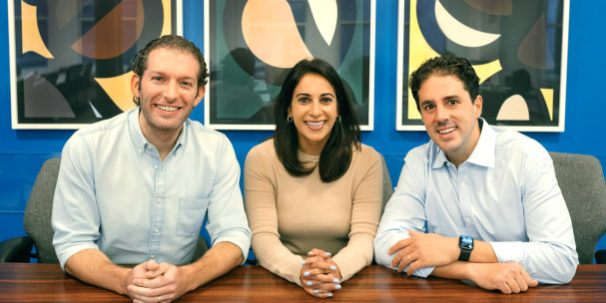 BoxGroup, the seed-stage investment firm led by David Tisch, has today announced that it has raised its very first fund from limited partners. To date, Box Group has been internally backed, meaning that the cash came from none other than the three partners at the firm, David Tisch, Adam Rothenberg, and Nimi Katragadda. BoxGroup has primarily written smaller checks, usually between $250K and $500K, for early stage startups.

That said, not much should change at BoxGroup. The firm will still be writing $250K to $500K checks for pre-seed, seed, and early Series A companies as a participant, not a lead.

“The most important part of our message with this is that we’re not changing,” said Tisch. “In an industry where everyone is regularly changing, we believe it’s important to stay true to what we do, which is write collaborative seed checks.”

BoxGroup doesn’t take board seats or ‘ownership’ over the companies in which it invests, but rather participates in seed rounds across a wide variety of verticals, including health, biotech, and food among the usual suspects like SaaS products, marketplaces and ecommerce.

BoxGroup has also had three separate (nearly) billion dollar exits: Flatiron Health which sold to Roche for $2.1 billion, Harry’s which sold for $1.37 billion to Edgewell Personal Care, and PillPack which sold to Amazon for just shy of a billion.

So why raise outside capital after 10 years of internal backing?

“This is the right evolution for our fund,” said Tisch. “It takes about ten years to get returns and results in this business and we’re about ten years old. We feel very good about what we’re doing. We have the confidence and track record now to justify asking other people to take risks on us and our model.”

Tisch added that this external money will allow BoxGroup to better support its portfolio of early stage companies with follow-on investments.