Weekly poll: Realme 5 and 5 Pro want to claim the value for money crown 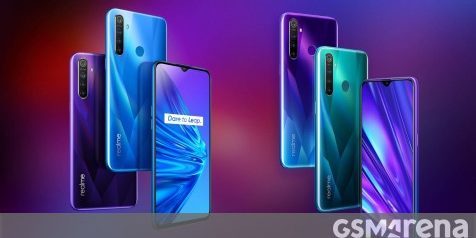 Realme is aggressively redefining the feature set we can expect from a 200 phone. The Realme 5 Pro uses the same 48MP sensor as the OnePlus 7 Pro (IMX586). And even though Xiaomis Mi A3/CC9 matches the Realme on price and 48MP main camera, it loses out on screen resolution and chipset.

Is Realme 5 Pro the best value-for-money phone out there? It certainly makes a strong case for itself with a 6.3 1080p+ screen  okay, its not AMOLED, but resolution boosts the perceived image quality.

Thats one point over the Xiaomi Mi A3, the chipset is another  Snapdragon 712 has faster CPU and GPU than the S665. It also uses the DSP from the Snapdragon 845, which speeds up image processing. And image processing is key with these Quad Bayer sensors.

Which brings us to Indias first quad camera. It starts with the 48MP sensor for the main camera, then theres an 8MP ultra wide cam (119°), a dedicated macro camera and a depth sensor. Whether youll use it or not, the macro camera is one more than the Xiaomi has.

Is it crazy to bring in the OnePlus 7 in this comparison? It has an AMOLED screen and a flagship chipset (S855), but costs over twice as much as the Realme 5 Pro. And is short on cameras  it has just the 48MP shooter plus the depth sensor. Its behind on battery specs too, as the Realme has 4,035mAh capacity and 20W VOOC 3.0 charging, compared to 3,700mAh and 20W for the OnePlus.

Theres more  the Realme 5 and 5 Pro are splash proof. We have a feeling that the company is underselling things, however, as it put rubber rings and gaskets everywhere that water might get in. OnePlus is yet to admit that some water resistance is a nice feature.

Theres also the 3.5mm headphone jack and the dedicated microSD slot, Realme knows that their absence will cause many complaints.

Okay, the Realme 5 Pro and the OnePlus 7 are in completely different leagues  again, the latter phone costs more than double. So, we doubt anyone is choosing between those two, but that its even possible to compare the two says a lot.

The Realme 5 is not a lower cost version of the Pro. For one, its larger with its 6.5 screen and 5,000mAh battery. Thats the largest battery of any Realme and the screen is just short of the biggest in the family (Realme Xs 6.53 AMOLED display).

There are some downgrades, however. The screen is 720p+, which is a stretch at this size. And the battery lacks VOOC fast charging, it just gets 10W over microUSB (the Pro does 20W over USB-C).

Theres more. The Snapdragon 665 chipset is not much of a performance upgrade over the Helio P60/P70 from the Realme 3, but it does match the pricier Mi A3 (which costs about 30% more).

The quad camera loses the large Sony sensor, switching to a 12MP sensor. The other three cameras on the back are identical. The selfie camera also takes a step back and loses the pixel binning feature that helps improve quality in low light.

Were not trying to pile on the Realme 5, but we cant help but notice that it costs around 10% more than the Realme 3 did earlier this year. There are upgrades, but are they enough to justify the cost?