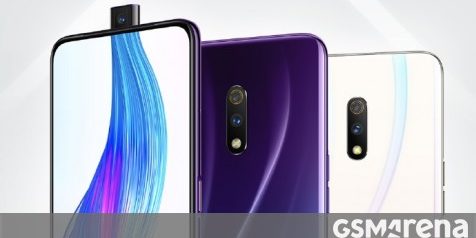 Realme just turned a year old, but it has already made a significant impact releasing a series of aggressively priced phones and taking a big share of the market in some Asian countries. Today the company is going to add the Realme X to its lineup and it might be its most premium phone yet.

Based on the Snapdragon 710 of the Realme 3 Pro, the X is expected to get rid of the notch by putting the selfie camera on a motorized elevating mechanism and finally make the switch to a USB-C port. Its also rumored to bring the first OLED screen in the series with a fingerprint scanner tucked underneath.

And the best part is you dont need to travel to Beijing to see the duo go official – you can follow the announcement from the comfort of your couch of office chair by tuning in to the video below.

Make sure you stick around as well be bringing you our first hand impressions of the phone once the show is over.

Google applies for license to let it continue do business with Huawei
February 26, 2020
DON’T MISS OUT!
Subscribe To Newsletter
Our iOS app will be ready soon, be the first to know
Give it a try, you can unsubscribe anytime.