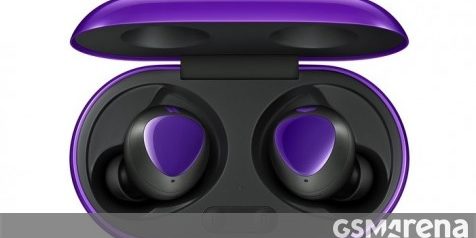 The Samsung Galaxy Buds+ unveiled in February are currently available in a total of six colors – Black, Blue, White, Red, Pink, and Aura Blue. But yesterday we learned that Samsung has partnered with Korean Pop Band BTS to launch special BTS Edition Buds+ in Mirror Purple color on July 9.

We also saw a few images of the Galaxy Buds+ BTS Edition which showed off the TWS earphones in the new Mirror Purple shade. Today a new set of renders were leaked by Evan Blass which show off the special edition Buds+ from multiple angles. You can check out the images below.

Alongside the Buds+, Samsung will also unveil a BTS Edition Galaxy S20+ in the same shade, but the earphones will be sold separately by Samsung in a bid to increase its share in the TWS earphones segment.

Verizon’s Samsung Galaxy A10e and Galaxy A20 get Android 10
July 4, 2020
DON’T MISS OUT!
Subscribe To Newsletter
Our iOS app will be ready soon, be the first to know
Give it a try, you can unsubscribe anytime.