Samsung Galaxy A (2020) series will be unveiled on December 12 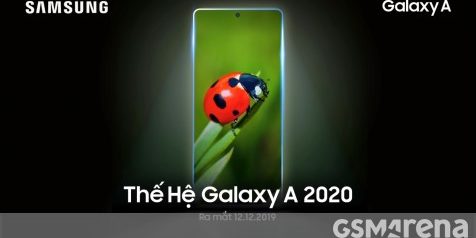 Samsung will unveil the first members of the Galaxy A (2020) series on December 12. This was confirmed by the company’s Vietnam branch, which posted a short video on YouTube teasing its upcoming smartphones with a punch-hole display and a new camera array on the back.

Samsung hasn’t announced what smartphones it’s going to unveil on December 12, but we are likely to see the Galaxy A51 and A71 go official.

Renders of the Galaxy A51 and Galaxy A71 that leaked last month revealed very similar design – a punch-hole display on the front with the back housing an L-shaped quad camera.

Leaked renders of Galaxy A51 (left) and Galaxy A71 (right)

With the announcement just over a week away, we are likely to see more teasers from Samsung about the Galaxy A (2020) series.

MIUI Themes is coming back to European Xiaomi users
January 16, 2020

Google Pixel 2 and 2 XL updated to support Live Caption
January 16, 2020
DON’T MISS OUT!
Subscribe To Newsletter
Our iOS app will be ready soon, be the first to know
Give it a try, you can unsubscribe anytime.