Realme X3 SuperZoom to launch in India on June 26 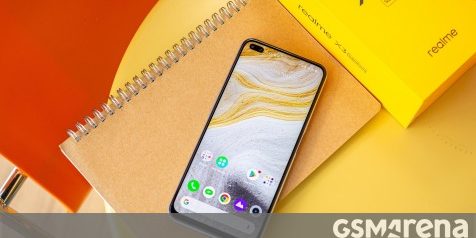 The Realme X3 SuperZoom unveiled last month will arrive in India this month, and while the company hasn’t revealed the launch date yet, a new report claims the smartphone will debut in India on June 26.

The Realme X3 SuperZoom is powered by the Snapdragon 855+ SoC – the same chipset that powers the company’s 2019 flagship X2 Pro. However, rumors have it that Indian X3 SuperZoom will have a different chipset at the helm.

The X3 SuperZoom packs a 6.6″ FHD+ LCD that has a pill-shaped hole in the top-left corner for 32MP wide and 8MP ultrawide cameras. Around the back, you get a 64MP main camera joined by an 8MP unit with a periscope zoom lens, 8MP ultrawide module and a 2MP macro unit.

The smartphone features a side-mounted fingerprint reader and has a 4,200 mAh battery under the hood that charges at up to 30W.

You can read our in-depth written review of the Realme X3 SuperZoom to learn more about it. And if you are short on time, you can watch the video linked below about its key features.

Verizon’s Samsung Galaxy A10e and Galaxy A20 get Android 10
July 4, 2020
DON’T MISS OUT!
Subscribe To Newsletter
Our iOS app will be ready soon, be the first to know
Give it a try, you can unsubscribe anytime.