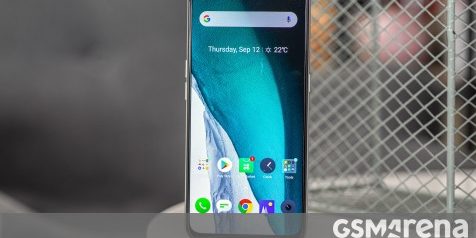 The just-announced Realme XT features a Snapdragon 712 chipset and a 64MP main camera but it looks as if the handset is getting an upgrade pretty soon. The event’s “one more thing” was a teaser for an upgraded version of the phone that is scheduled for December.

Although the poster says “more surprises in December”, the Realme XT 730G seems more like a hardware refresh than anything. It highlights the Snapdragon 730G chipset as a centerpiece feature, which is a standard Snapdragon 730 SoC but with better graphics performance due to the higher GPU clock speeds.

The rest of the hardware such as camera, chassis design, screen and battery remain the same. We will know more in December.

Samsung Galaxy A11 appears in a render with punch hole display and triple rear cameras
February 29, 2020

FCC proposes over $208 million in fines for all major US carriers over selling customer location data
February 29, 2020

Apple Powerbeats 4 design revealed by FCC listing
February 28, 2020
DON’T MISS OUT!
Subscribe To Newsletter
Our iOS app will be ready soon, be the first to know
Give it a try, you can unsubscribe anytime.