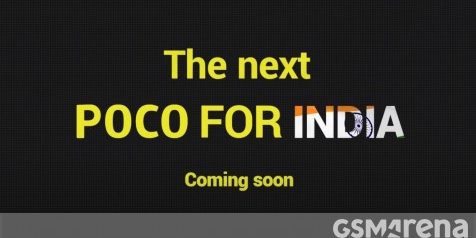 The Poco brand is marking its two year anniversary today and released a commemorative video titled Poco for India. It reinstates the brands commitment to serving Indian consumers and more interestingly teases a new product launch at the very end. At around the 1:28 mark, we can clearly see: The next Poco for India followed by a Coming soon message.

Speculations point that this could be the rumored Poco M2 Pro midranger which was also recently seen in multiple certification listings.

Another option is the Poco F2 Pro but the companys CEO Chandolu Manmohan did mention that it won’t make its way to India as a member of the F2 series. Poco is also gearing to expand its presence to the wearables sector with its own set of TWS earphones which will be called Poco Pop Buds as decided by fan voting.

Chrome for Android is finally going to be a 64-bit app soon
July 4, 2020
DON’T MISS OUT!
Subscribe To Newsletter
Our iOS app will be ready soon, be the first to know
Give it a try, you can unsubscribe anytime.