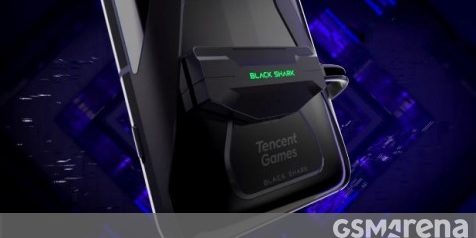 The upcoming Black Shark 3 is scheduled to go official next week and as the launch date approaches, more of its key features are beginning to surface. It is now confirmed there will be at least two versions as Xiaomi CEO Lei Jun said the Black Shark 3 Pro variant will pack a 5,000 mAh battery while the vanilla version will sport a 4,720mAh cell.

The Black Shark 3 was also teased to come with a new magnetic charging port which will let you charge the phone while gaming through a special connector that attaches to the back of the device. They will still feature regular Type-C port for fast charging, though.

Both versions of the Black Shark 3 will also come with a 3.5mm headphone jack. The duo was previously confirmed to sport 120Hz refresh rate screens, Snapdragon 865 chipsets and up to 16GB RAM. Its still unclear what other advantages the Pro version will come with but well surely see more teasers in the days leading up to the March 3 event.

Samsung will buy back old Galaxy S20 devices at up to 50% of MSRP after two years
April 1, 2020
DON’T MISS OUT!
Subscribe To Newsletter
Our iOS app will be ready soon, be the first to know
Give it a try, you can unsubscribe anytime.