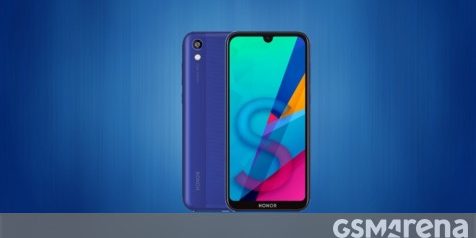 After a detailed leak two months ago, Honor has launched its 8S 2020 in the UK with a pricetag of just £99.99. The device is actually identical to last years Honor 8S with the main difference being that it now comes in a 3GB RAM and 64GB storage configuration whereas UK buyers could only get a 2/32GB trim on the original version.

The phone is built around a 5.71 inches IPS LCD with a waterdrop notch for its 5MP selfie cam. The back houses a single 13MP main cam and LED flash. It runs on the Helio A22 chipset and packs a 3,020 mAh battery which charges over microUSB.

The software side is covered by EMUI 9 on top of Android 9 Pie with support for Google Mobile Services (GMS). The 8S 2020 is up for grabs on Honors official website in a single Navy Blue color option.

OnePlus to launch Nord AR invites tomorrow for INR 99 ($1), will let you have an early look at the phone
July 10, 2020
OnePlus Buds teased to launch alongside Nord series
July 10, 2020
Motorola relaunches the Moto G8 Plus as One Vision Plus in MEA
July 10, 2020

Huawei Enjoy 20 render shows round camera setup and pop-up selfie camera
July 10, 2020
DON’T MISS OUT!
Subscribe To Newsletter
Our iOS app will be ready soon, be the first to know
Give it a try, you can unsubscribe anytime.