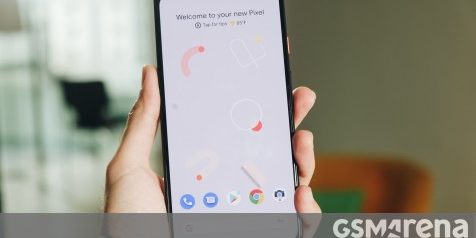 Does everyone in Vietnam have a Pixel 4 XL? Hours after the phone starred in a hands-on video, a written hands-on with the phone was published. Here are the details confirmed in that article.

The Pixel 4 XL has a 6.3 AMOLED display with 1,440 x 3,040px resolution and 90Hz refresh rate. Its an option called Smooth Display, which automatically switches between 60Hz and 90Hz based on screen content, allowing it to save battery when nothing fast paced is being displayed.

The Ambient EQ feature will adjust the screens color temperature based on your surroundings (similar to Apples True Tone). You can also see the Screen Attention feature, which prevents the screen from locking while youre using the phone.

Theres no fingerprint reader hiding behind that display, instead the phone relies entirely on the face recognition (which combines the front camera with the structured light 3D scanner). Unfortunately, the unit being tested wasnt fully ready and the hand gestures enabled by Soli were not working.

Face unlock  A lot of hardware in the top bezel

The article is light on camera details, but it does deliver one piece of disappointing news  the phone is still capped at 4K 30fps video recording. The wide camera on the back has a 12MP sensor, the selfie camera is an 8MP snapper. The resolution and focal length of the tele camera remain unknown.

The Pixel 4 XL is powered by a Snapdragon 855 chip (not plus). It has 6GB of RAM and 128GB storage. It has only one SIM slot, but houses an eSIM as before so dual-SIM functionality is possible if your carrier supports it.

The battery capacity is 3,700mAh, a 270mAh bump over the 3 XL. Theres no word on fast charging, however. We guess well find out when Google finally decides to unveil the phone (not that theres much else we dont know).

Source (in Vietnamese) | Via

FCC proposes over $208 million in fines for all major US carriers over selling customer location data
February 29, 2020

Samsung Galaxy Note10 update improves face unlock and gesture navigation
February 27, 2020
DON’T MISS OUT!
Subscribe To Newsletter
Our iOS app will be ready soon, be the first to know
Give it a try, you can unsubscribe anytime.