The Best Electric Scooters of 2018 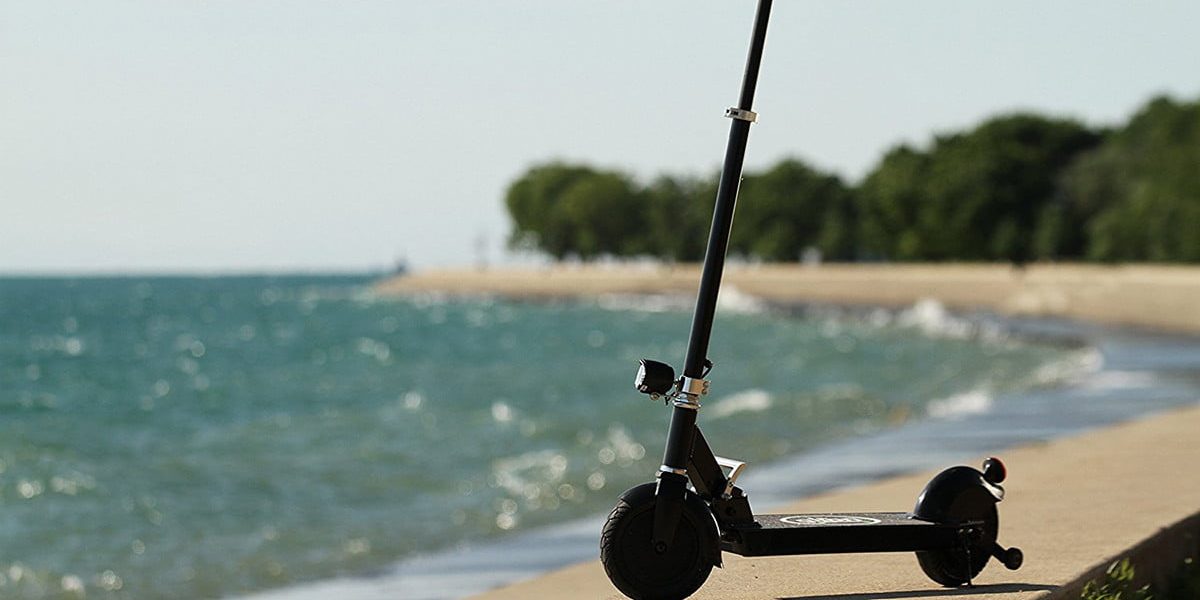 Electric scooters are an undeniably awesome way to get around. Unlike how it is with electric skateboards, it doesn’t really take much practice to figure out how to ride a scooter safely. You also don’t need a license like you do with a motorcycle or a car. And best of all? You also don’t have to pay for gas or insurance as an electric scooter owner. As such, it’s not surprising that companies like Lime and Bird are using scooters to take over the world. But if you’d rather not rent scooters from a rideshare program, check out these awesome ones that you can buy outright. Enjoy!

The EcoSmart Metro Electric Scooter is a refined, practical version of the first-generation Razor. Released last year, recent price cuts have brought it down to under $400, and it’s the cheapest model on our list. A 500-watt motor provides plenty of pop and a top speed of 18 miles per hour, while the sleek bamboo deck, adjustable seat, and removable luggage carrier add a welcome touch of style and pragmatism.

The rather limited max distance of 10 miles per charge and a daunting recharge time of up 12 hours are both glaring cons, but it’s hard to expect more from a scooter at this price point. You might not be able to fingerwhip the EcoSmart Metro Electric Scooter as easily as its first-gen counterpart, but getting around town will be much easier.

Nowadays, many manufacturers tout the portability of their foldable scooters, yet, if said scooter weighs more than 70 pounds, it really isn’t all that “portable.” Thankfully, the Glion Dolly folds up nicely and weighs a cool 26 pounds, rendering it a true portable. If carrying the Glion around isn’t your thing, the Dolly Model also comes equipped with a handle extension that’s built directly into the frame. Simply fold the scooter, extend the handle, and roll the scooter behind you like a piece of traditional luggage. The Glion’s 250-watt motor might not provide a lot of power, but the scooter’s durable aluminum frame, 15-mile range, and low recharge time (3.5 hours) are all pros for this practical option.

At nearly $5,000, the zero-emissions Scrooser isn’t cheap. However, the design of the Scrooser is one of the sleekest we’ve seen, and one that should make for an equally smooth ride. The German-built scooter doesn’t break any land speed records — top speeds max out at 3.7, 12.4, or 15.5 mph, depending on your configuration — but a maximum range of 34 miles puts it at the top of our list. Charge time is pretty average for the 500-watt motor, coming in at around 2.5 to 4 hours, though you can can get it up to 80-percent strength in a mere two hours. Another interesting feature is the impulse motor that lies at the heart of the drive train, which is how you start the scooter. The more force you use to push off, the faster the Scrooser will go. The models configured for higher speeds even have a built-in throttle, which controls the electric motor with or without your help. Read more here.

Order one now from:

With a one of the longest ranges on our list, the GigaByke Groove doesn’t intend to limit you to short trips like some other scooters on the market. The nimble machine can travel up to 35 miles on a single charge, yet, that doesn’t necessarily mean that you’ll be burning rubber in the process — the Groove tops out at 20 mph given its ample 750-watt motor (probably to give you such great range, we’d think). An LED headlight, turn signals, digital speedometer are all added perks for inner city commuters. If distance rather than speed is your thing, the Groove is one of the best scooters out there for achieving it, and you have four different color options to get there in style.

Jetson’s first-gen eBike might look a lot like a standard-issue Vespa scooter, but the underlying mechanics and 500-watt electric motor are anything but traditional. With a charge time of less than an hour, the Jetson eBike won’t bog you down with charge-related delays between trips. The electric scooter also allows you to partially recharge the battery by simply pedaling, but suffers from a rather mediocre top speed of 20 mph. It is, however, capable of hauling up to 375 pounds and going 40 miles on a single charge, which makes for an enjoyable — albeit, rather slow — ride for two.

GenZe unveiled its second-generation scooter earlier this year. The latest model, GenZe 2.0, starts at $3,000 and comes loaded with a plethora of handy features. One of the scooter’s real standouts is its 7-inch touchscreen display and digital speedometer, which allows you to switch between various performance options (Safe, Econ, Sport) while the vehicle isn’t in motion. The GenZe 2.0 also utilizes the touchscreen when starting, requiring drivers to input a four-digit PIN.

An on-board CAN bus continuously sends data to the company’s servers and the official companion app iOS and Android. Nearly 95 variables are updated every five seconds, spanning everything from engine temperature to the status of the built-in kickstand. An embedded GPS also allows you to locate your GenZe at anytime, and you can also receive an alert via the app if the scooter ever happens to exit a predetermined geographical range. It utilizes AT&T’s cellular network when it cannot access Wi-Fi hot spots, too, at no additional cost.

There are plenty of practical features as well, including a pair of charging docks housed beneath the seat and an open cargo space in the rear for 75-pound loads. The GenZe 2.0’s aluminum frame weighs in at a mere 232 pounds, too, though the low weight does not translate to increased speed. The paltry acceleration time — it can go from zero to 30 mph in 8 seconds — isn’t exactly telling of a white-knuckle experience, either. Read more here.

With a price tag starting at $5,950, Works Electric’s BR2 is by far one of the most expensive electric scooters on the market. On the same token, the BR2 is also virtually unmatched in performance and technology. Brad Baker, owner of Works Electric and creator of the BR2, addressed the high price quite straightforwardly: “You want something cheaper, go buy something else.” With a powerful, 4000-watt ZM2 Brushless Drive System, a top speed of 35 mph, and the ability to go from 0 to 30 mph in 4.1 seconds, this sucker is admittedly pretty hard to beat. The scooter’s 30-mile range just seals the deal. Read more here.

Lightweight and affordable, Ecoreco’s scooters appeal to just about everyone. The company’s newest addition — the Ecoreco S5 — is an urban commuter’s dream. Weighing in at 30 pounds and sporting a slim, collapsible chassis, finding a spot for it on the bus or under your desk won’t be a problem. With a customizable max speed of 7, 12, or 20 miles per hour,  and a running distance of 10 to 20 miles per charge; this scooter will get you where you need to go quickly and reliably. With its included safe-start throttle, three stage braking, LED lights, and mounts for your gadgets; Ecoreco’s S5 is a great choice for anyone looking to hack their commute without breaking the bank.

Researchers: 1 in 3 accounts tweeting about BLM protests are ‘guaranteed to be bots’
June 3, 2020

Elon Musk announces Twitter break, but why is a mystery
June 2, 2020
DON’T MISS OUT!
Subscribe To Newsletter
Our iOS app will be ready soon, be the first to know
Give it a try, you can unsubscribe anytime.