No Mandalorian, No Problem: How to Fill the Star Wars Void 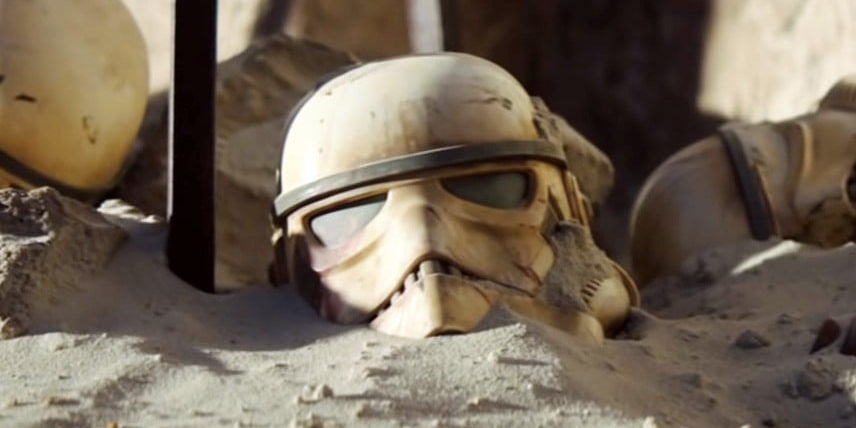 It’s an interesting time to be a Star Wars fan. On one hand, the breadth of the Star Wars universe has never been more accessible to the average fan with easy options to stream, rent, or buy every Star Wars film or TV series in the franchise. On the other hand, without any new movies coming and a long wait for a new season of The Mandalorian, there isn’t a lot of new Star Wars content on the horizon.

So what’s a Star Wars junkie to do?

Fortunately, there are plenty of options when it comes to filling that Death Star-sized void in your life. Whether it’s taking a new approach to the Skywalker saga, diving into a fresh season of The Clone Wars, or checking out some of the tie-in stories in other media, there are a lot of ways you can use these lean times to take your Star Wars fandom to another level.

You’ve seen all of the Star Wars movies, sure, but in what order? Even if you’ve seen all 11 live-action movies, you can still glean something new from the saga by approaching them in a different order. Some fans swear by the release order, while others insist that watching them in episodic order is the only way to go. And then there’s the modified Machete Order, which takes into account the over-arching story the saga seeks to tell.

No matter which order you decide to use for a Star Wars re-watching marathon, it’s never been easier to watch all of the Star Wars movies, so pick a path through the saga and let The Force be with you all over again.

For some Star Wars fans, the saga begins and ends with the live-action films and The Mandalorian. If that describes you, it’s time to get over your aversion to animation, because you’re missing out.

There have been multiple animated series set in the Star Wars universe that have covered plenty of ground the movies ignored. One of the most popular series, Star Wars: The Clone Wars, even has a new season that recently premiered on the Disney+ streaming service. Set between the events of Star Wars: Episode II — Attack of the Clones and Star Wars: Episode III — Revenge of the Sith, The Clone Wars chronicled the war between the Trade Federation’s Separatists and the Galactic Republic, while simultaneously exploring the re-emergence of the Sith.

Anakin Skywalker and Obi-Wan Kenobi feature prominently in The Clone Wars — as well as Yoda and other familiar characters from the original trilogy and prequel films — but the show primarily follows the adventures of Ahsoka Tano, Anakin’s padawan, who is training to become a Jedi during this turbulent time. Maybe most noteworthy, however, is the way the series shows Anakin’s growth as a Jedi and the reasons behind his growing resentment of the Jedi Order, which were never fully realized in the films.

Beyond The Clone Wars, there’s also Star Wars Rebels, which is set five years before the events of Star Wars: Episode IV – A New Hope and follows a ragtag group of rebels in the early days of the rebellion against the Galactic Empire. And finally, there’s Star Wars Resistance, which follows a New Republic pilot who’s recruited to infiltrate the First Order in the time before — and later, during — the events of Star Wars: The Force Awakens.

All three animated series are available to stream on Disney+ or to rent or buy online.

Thanks to a cornucopia of original novels set within the current Star Wars timeline, you don’t need a screen to get more out of the Star Wars saga.

There’s a long list of books for a wide range of ages, covering just about any time period in the franchise’s timeline, available now and hitting shelves in the near future. In many cases, these books take a deep dive into the backstories of particular characters who might have been shortchanged in the films or animated series, both heroes and villains. In other cases, the novels explore what popular characters were up to before, during, or after key events in the films.

If you’re looking for a place to start, Chuck Wendig’s Star Wars: Aftermath trilogy is set directly after the events of Star Wars: Episode VI – Return of the Jedi, and follows a group of characters from different areas of the galaxy — including a Rebel pilot, a bounty hunter, and a former Imperial interrogator, among others — whose paths intertwine after the Empire’s defeat during the Battle of Endor. Over the course of the three-part saga, they become a reluctant team tasked with hunting down Imperial war criminals, and their adventure brings them from Endor to the deserts of Jakku in a story that lays the groundwork for some of the biggest twists in the recent Star Wars: The Rise of Skywalker.

Oh, and if you’re wondering what Han Solo and Chewbacca were up to between Return of the Jedi and their appearance in The Force Awakens, the Aftermath trilogy has your answer.

Other great stories to try include the Leia-focused novel Bloodline, which explains the course of events her life — and that of Han and their son, Ben — followed after Return of the Jedi, as well as Rebel Rising, which explores the early years of Rogue One character Jyn Erso prior to her fateful mission in that film. Marvel Comics also has several Star Wars tie-in series that explore fascinating new corners of the franchise, including the critically acclaimed Darth Vader series, which offers quite a bit more insight into the character’s story during the events of the original trilogy.

Many of the Star Wars novels are available to borrow from libraries and are available in both print and audiobook formats online, so you have no excuse not to give them a shot.

Get your game on

Much like tie-in books, video games have a long history of offering something extra for Star Wars fans.

Most recently, Star Wars Jedi: The Fallen Order follows a young Jedi padawan in the years after Star Wars: Episode III – Revenge of the Sith, when the Jedi are being hunted by the Empire. The game is officially included in the Star Wars canon, so if you’re looking to take an active role in the franchise, all you need to do is pick up a controller.

A long list of other Star Wars games exist, although the interactive nature of the games tends to make them a questionable part of the saga’s continuity — but they offer yet another way to fill that Star Wars void in your life.

How to watch Hamilton online: Stream the critically acclaimed musical on July 3
July 2, 2020
DON’T MISS OUT!
Subscribe To Newsletter
Our iOS app will be ready soon, be the first to know
Give it a try, you can unsubscribe anytime.