Meet RXT-1: The Robot Punching Bag That Punches Back 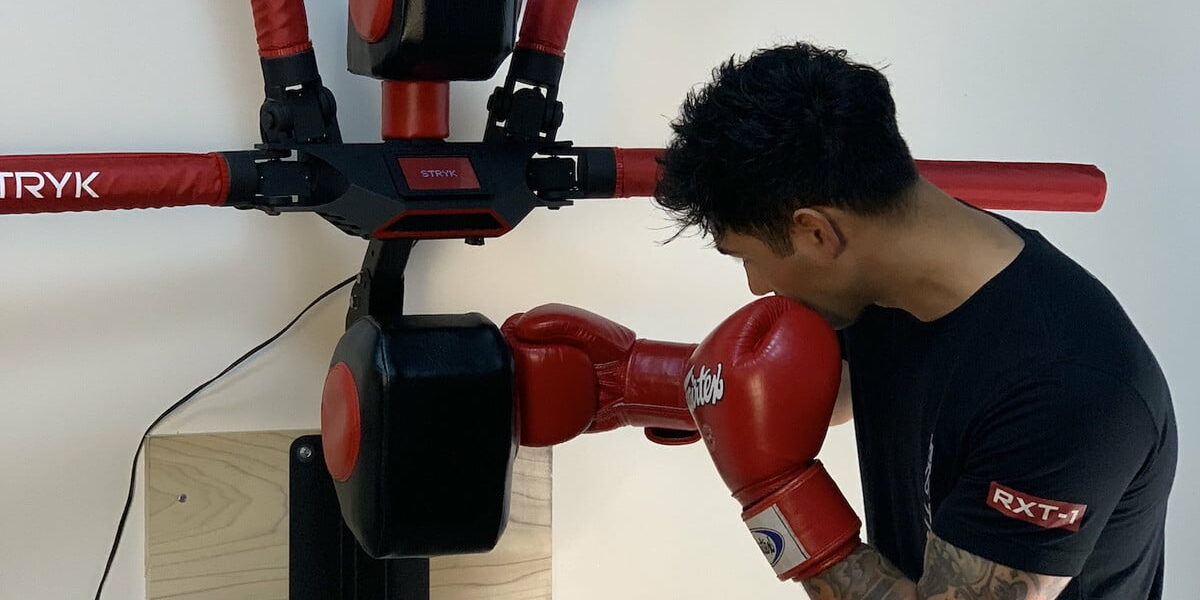 Everyone’s a tough guy in the gym until their punching bag starts punching back. That’s the idea behind the RXT-1, described by its creators as the “world’s first sparring robot.”

While it more closely resembles a punchy version of the wacky waving inflatable tube man than a robot Mike Tyson, the RXT-1 could nonetheless be a valuable tool for training boxers and MMA fighters. It does this by not just giving them an approximately person-sized target to aim punches at, but also four foam robot limbs which it uses to strike back, thereby giving the human fighter something to dodge.

“When I started developing the RXT-1, I noticed a void in technology in the combat sports industry,” creator Brent Verdialez told Digital Trends. “The equipment they are currently using is archaic and has been used for thousands of years. They are good for developing power and speed, [but] nothing was made to simulate an actual fighter or a striking coach. I wanted to develop both in one system.”

Verdialez said that he didn’t come from an orthodox robotics background. He learned about electronics and engineering from working in the military as a Special Forces engineer.

“After a wrist injury, I could no longer strike a punching bag or focus mitts,” he said. “[Because of my job], I still needed to keep my combat skills sharp, and wanted to make an in-home sparring partner and striking coach to work on my combinations. I started researching and testing a robotic arm that could simulate a strike. After six months of developing, I finally made the RXT-1 come to life.”

There are three training modes the robot employs: Practice, spar, and combinations. In practice mode, the robot presents the opportunity to practice single-strike techniques by striking at the user with one arm at a time, every two seconds. In spar mode, users get to set the intensity and attack level and then engage with randomized or sequenced strikes from a sparring partner that never gets tired. Finally, combination mode is a focus pad coach that trains users in over 100 strike combinations. (You can program your own as well.)

As with any Kickstarter campaign, we offer our usual warnings about projects that don’t ship either on time, as described, or, sometimes, at all. But if you’re aware of these risks and still want to get involved, head over to the project page to make your pledge. The RXT-1 starts at $699, while another version with torso will set you back $899. Shipping is currently set for February 2021.

After that, all your household robots — from your unthanked Amazon Echo to your perpetually cleaning Roomba vacuum — can gather round and watch you get your butt whooped by a fellow machine!

What graphics card do I have? How to find out what GPU is in your system.
October 21, 2020

Osmo Pocket 2 is coming this week. Here’s what it could look like
October 20, 2020
DON’T MISS OUT!
Subscribe To Newsletter
Our iOS app will be ready soon, be the first to know
Give it a try, you can unsubscribe anytime.