Why reCAPTCHA is actually an act of human torture 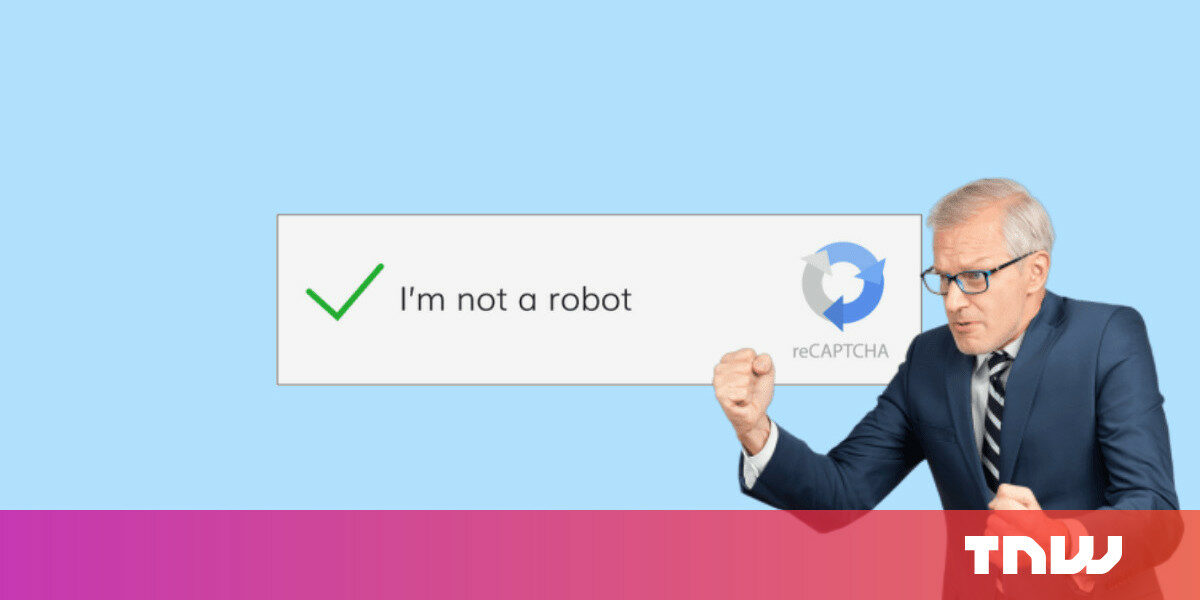 Like many things that start out as a mere annoyance, though eventually grow into somewhat of an affliction. One particular dark and insidious thing has more than reared its ugly head in recent years, and now far more accurately described as an epidemic disease.

I’m talking about the filth that is reCAPTCHA. Yes that seemingly harmless question of “Are you a human?” Truly I wish all this called for were sarcastic puns of ‘The Matrix’ variety but the matter is far more serious.

[reCAPTCHA] is a free security service that protects your websites from spam and abuse.

However, this couldn’t be further from the truth, as reCAPTCHA is actually something that causes abuse. In fact, I would go so far as to say that being subjected to constant reCAPTCHAs is actually an act of human torture and disregard for a person’s human right of mental comfort.

Back in the 90s a bunch of smart-asses realized money was to be made and much time saved by programming bots to do everything for them online. Some bots were good and helpful and made things easier and more efficient for everyone. Whilst others were used to send spam and even caused some websites to crash or suffer lag due to repeated use.

For a time websites employed easily defeated methods for trying to prevent such abuse by making anyone (or anything) who visited/accessed page ‘x’ do ‘y’ thing. Mostly these preventative methods were something stupidly easy for even a computer/bot to solve and did little to stop spam and misuse except prevent access from those only computers/bots that didn’t have a method of solving such simple problems.

To solve what was (at the time) an epidemic in and of itself of bots, reCRAPCHA was born.

Late edit: *Although the topic of ‘who made reCAPTCHA?’ is mostly irrelevant as far as this post’s topic is concerned. I was firmly, albeit still mostly ‘kindly’ reminded that Mr. Luis von Ahn is the inventor of reCAPTCHA and who sold it to Google after ~2 years.* In my defense, the above wording is still right but as an author you have my apologies for not dropping your name sooner Mr. Ahn.

Google came to the rescue of all, as was arguably their responsibility because they were the ones taking it up the rear the hardest from such bots. With the torch now passed to Google, and in really no better shape than the original countermeasure. The below example is what you were tasked with solving, which in hindsight seems fair enough, though in reality – it’s incredulous to ask.

Clearly something like this frustrated people and it wasn’t outsmarting computers either so it was time for Google to get “smart” and being Google, of course they realized they could kill two birds with one stone. So they came up with a way that almost no one was able to criticize them. They turned to making people solve reCAPTCHAs that were actually helping transcribe written works into digital format, searchable by OCR (Optical Character Recognition).

What am I talking about? Well do you remember the days when a reCAPTCHA suddenly went from looking like gobbledegook, to looking like this: 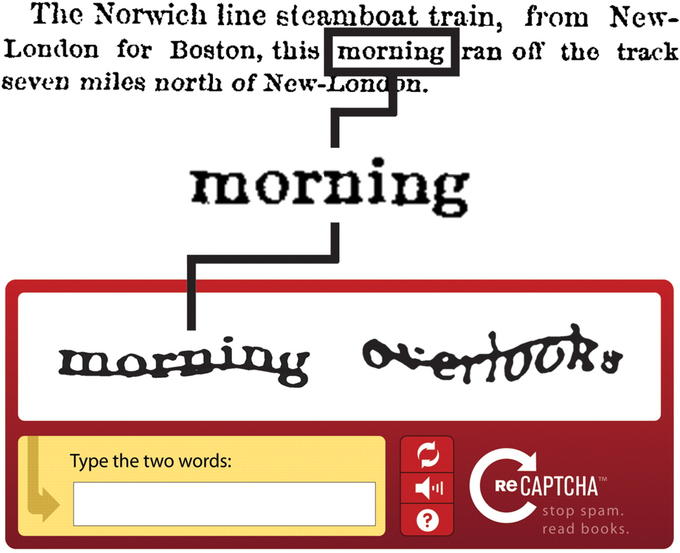 I know I do. I solved thousands of these myself. A simple quick single or double word combination which could also be played out via audio. Mildly annoying but quick and simple for humans, and apparently hard for computers. Except when it became trivial for computers. So Google had to up the ante.

It started out as the lesser of two evils, the good guy vs the bad guys. Except now the fight has evolved into a level of complete disregard for humanity thanks to the likes of these barstads. Yep that’s exactly what it looks like. A “Professional” company that literally EMPLOYS PEOPLE TO SOLVE OTHER PEOPLE’S reCAPTCHAs.

Oh wait it can’t be that ba-

How to meet the resistance in battle? Well, fast-forward to now and you’ve got this disease that is reCAPTCHA v2. The piece of crap that you now find front-and-fucking-center of every single login/register page or text/form submission on the web. That beast that ‘blocks your path’ every time you want or need to login or write anything online. 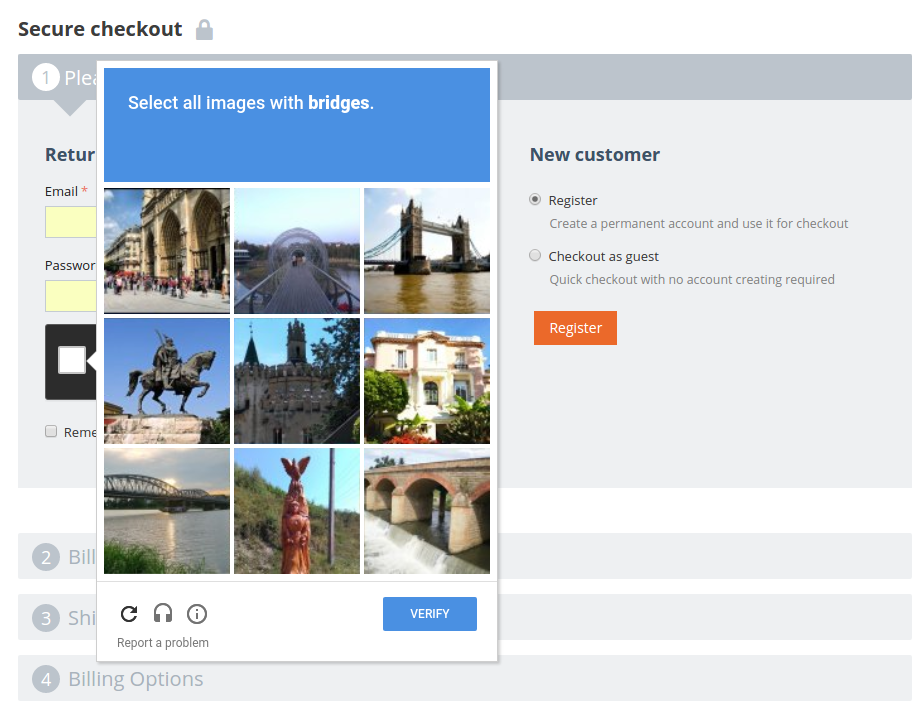 In 2017 and 2018, the average time to solve one of these annoyances was a mere 8 seconds for most people. I personally could do them in about 2-3 if I’d had my coffee. In fact, people are doing studies on how long it takes different types of people to solve them. Such as this one here. Though mind you, it’s from back in 2015 where you could solve these in seconds with both hands tied behind your back.

THE AVERAGE TIME IS OVER 30 SECONDS!

But don’t for one second think it has anything to do with some increasing level of complexity in the war against bots. No, no, no. How long it takes to now solve these things has increased due to completely deliberate and specific choices that Google has made in reCAPTCHA v3! Yes, I do mean v3 here because these changes (increased complexity in v2) were only made after the arrival of v3.

I’m talking about why, despite you being a completely normal human being of sound deductive capability. You… just… keep… FAILING these things!

So why… why does this happen? It isn’t because you are in fact a dunce who cannot count up to three or cannot tell how many buses or traffic lights there are in a few blurry photos and it also isn’t because you don’t know what a fire hydrant looks like. The reason that people fail reCAPTCHA v3 prompts so consistently now is because Google realized there was no punishment to forcing people to solve more of these ‘human verification puzzles’ and only more to gain by forcing (yes it IS forcing) people to train their AI for free.

“People whine non-stop about hidden crypto-miners in websites but those are in fact a far more honest take of the kind of beast reCAPTCHA is.”

It used to be that Google recorded a bit of your mouse movements and any other inputs you made and if those were ‘human enough’ you were spared the expense and agony of having to dance like a monkey to a tune. But no more. There are no short-cuts now. No free passes. It doesn’t matter if you’re logged into your Google account and allowing all manner of cookies.

Google, despite its ability to track you even through every single reCAPTCHA prompt. They STILL force you to solve these things even though they know damn well you’re not a robot. Why? Because fuck you, that’s why!

“We have now hit such a dystopian phase in internet history that some people are in the business of hiring humans to sit in front of a screen and just solve other people’s reCAPTCHA prompts.”

Things are only set to get worse too, and [I’m certainly to the only one who thinks so. When we hit reCAPTCHA v4 and beyond the time that it takes to solve these prompts will arguably get longer and the tasks become more frustrating.

all begging the question of “I mean do you really I mean really need to login or submit that post? What if you try later… If only.

YOU WILL WANT TO PAY A COMPANY TO SOLVE THESE THINGS FOR YOU. BUT YOU WON’T BE ABLE TO AFFORD IT! Solving reCAPTCHAs will be just another LUXURY like fast download and upload speeds, 4K displays and toilet paper that doesn’t give you a rash.

But hold up, if you don’t think that before you start to even consider that there must be a way to bypass or block these things just like you can block an advertisement online. Leading you to find one of those aforementioned ‘solving services’ and actually ever sign up to one of them.

That there will, and, not LONG, before you ever could get to that stage, be an option to PAY GOOGLE THEMSELVES some form of subscription to bypass these things altogether. If such a thing sounds like a fairytale to you, my dear reader, you are very naïve. I call it the reCAPTCHA Pass I dare say it’s already in the works and that, if you value your time, you will want one. With Google controlling the supply, demand and complexity of these bloody things, you can bet that their prices will be the cheapest!

Really I’m surprised there isn’t a freaking crypto ‘credit’ service that exists that you can use to pay your way out of having to do them. Now wait, that’s an idea! BRB whilst I go patent that.

Mark. My. Words. It will only get worse and there will be multiple businesses and services available pining for your money. ‘When computers attack’ the only thing that can solve the question of “Are you a human?” is literally exactly that, a human. Either you, or some poor sod you are paying. So what’s it gonna be? 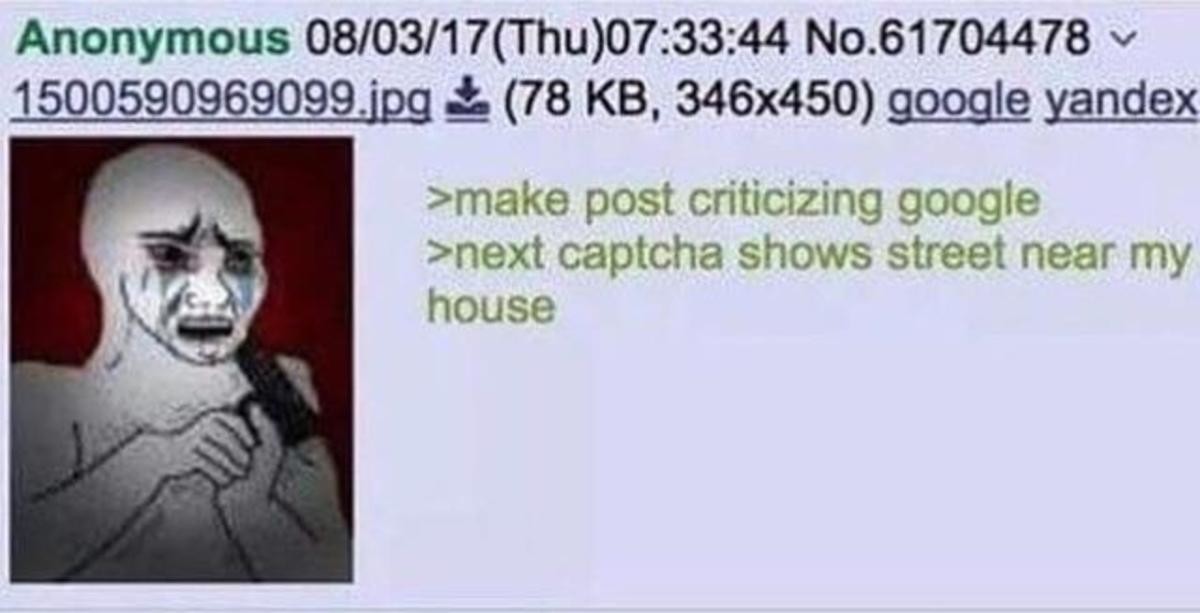 This article was originally published by Nils Gronkjaer. You can read it here.