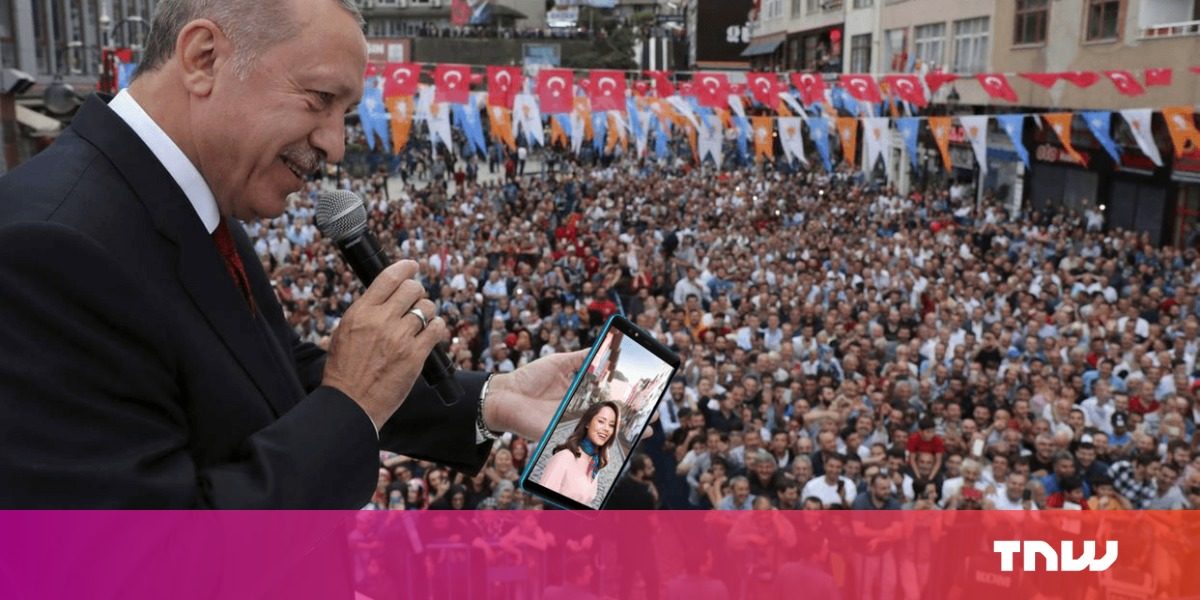 Turkey and the United States are currently embroiled in a bitter diplomatic spat over the detention of an American evangelical pastor.

This has resulted in an economic war between the former allies, with the United States issuing sanctions on the country, and placing tarrifs on certain Turkish goods. A consequence of this is the value of the Turkish Lira has plummeted to its lowest level ever.

Do you want to be a cryptocurrency millionaire?

Don’t get your hopes up.

In response, Turkey’s furious president Reycep Teyepp Erdogan has called for a boycott of US electronic goods, particularly the Apple iPhone.

In a speech reported by CNBC, Erdogan said: “If they have iPhone, there is Samsung on the other side. And we have our own telephone brands. We are going to produce enough for ourselves. We have to serve better goods than we are importing from them.”

Erdogan highlighted one domestic brand in particular, Vestel Venus, which although isn’t an internationally recognized firm, is a giant in its home country. Its parent company, Vestel, is easily Turkey’s biggest technology success story.

From a factory in the West of the country, dubbed Vestel City, it produces a swathe of consumer goods, from smartphones and televisions, to white goods like washing machines. Many of these are exported internationally, albeit under different names, like Electra and Servis.

Vestel’s mobile efforts are the most interesting. The company’s line consists primarily of phones priced in the budget-to-mid-range, with specifications to match. That’s sensible in a country where the pre-tax minimum monthly salary is just under $300.

The highest-end phone currently available from the company is the Vestel Venus Z20, which was released earlier this year, and retails for about $280.

The Vestel Venus Z20 offers all the trappings of a phone in its price point, while offering little more. It packs a 5.65″ FHD display, in the now-standard 18:9 screen ratio. Although it doesn’t come with a notch, it does however have reasonably tight bezels, offering a decent screen-to-body ratio.

Under the hood, there’s a power-sipping octa-core Qualcomm Snapdragon 630 processor, which is accompanied with 4GB of memory, and 64GB of internal storage. It runs Android 8.1 Oreo, and packs a 16+5MP rear shooter, and a 5MP front-facing selfie camera.

All things considered, the Vestel Venus Z20 is (at least, on paper) a fairly decent mid-range handset. But will it convince loyal Apple fans to cross the road? Doubtful.

But maybe I’m wrong. Turks are notorious for their shows of staunch patriotism, and if the stock market is anything to go by, there’s hope. Shares in Vestel spiked by 5 percent after Erdogan’s announcement, according to CNBC.

There’s also the question of whether it’s actually possible to boycott Western technology companies in a meaningful sense, especially when you consider many of the crucial components used in smartphones come from US companies, like Qualcomm.

This is worthy of discussion. The primary reason why Chinese tech firm ZTE nearly collapsed this year was the Trump administration sanctioning it, and preventing US companies from doing business with it. With its supply of US-made chips cut off, it was unable to build and sell phones, which are the company’s lifeblood.

Turkey is free to boycott Apple, but at the end of the day, their cash will still line the pockets of US tech firms. If not Cupertino, then Qualcomm.

Leaked EU legislation would force Apple to use removable batteries in its iPhones
February 27, 2020

Google now supports five new languages on Translate
February 26, 2020
DON’T MISS OUT!
Subscribe To Newsletter
Our iOS app will be ready soon, be the first to know
Give it a try, you can unsubscribe anytime.