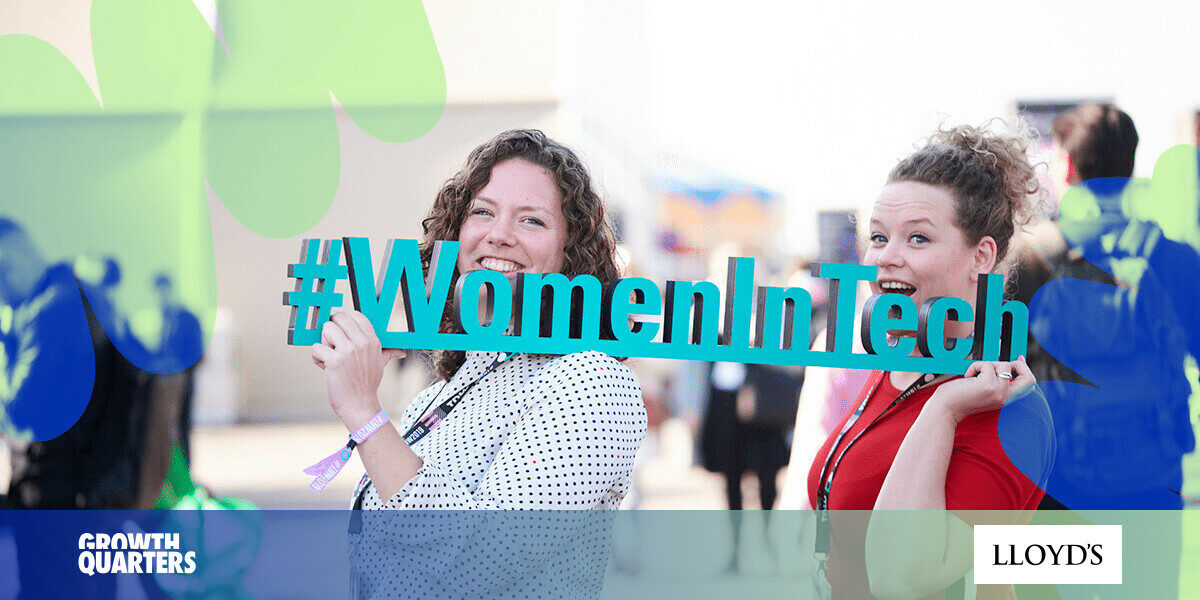 The tech industry, which is ironically synonymous with innovation and progress, has a deep-rooted problem: A lack of diversity.

It’s a well-known fact that male entrepreneurs tend to raise more money for their startups than their female counterparts.

According to Atomico’s State of European Tech 2019 report, which polled over 1,200 founders across Europe, nearly a quarter of respondents said they had experienced discrimination on factors ranging from ethnicity to age.

As part of its research, the venture capital firm also asked founders whether they had raised external cash or bootstrapped their companies. Some 21% of the respondents were female, but worryingly they only made up 15% of those who raised funds.

[Read: Social media is a recruitment channel — don’t neglect it]

Unfortunately, the situation is even more dire in some countries. In the Netherlands, for example, less than 1% of all investment in startups over the past 10 years went to female-led teams, and only 5% to mixed teams. This needs to change.

While it’s important to recognize that diversity as a term is far more complex than we often give it credit for — it’s fair to say that the narrative around the diversity gap is largely focused on gender.

In order for things to improve, we have to ask ourselves how we can boost diversity rates across the industry and, importantly, how we can measure this change.

Sutcliffe went on to note that C-suite executives at companies should wholeheartedly and publicly lead the vision of creating a diverse team for the benefit of the business and its employees.

It’s also important to be practical about implementing a successful strategy. “Set aside time and budget and make the changes required across the whole business in order to build a diverse team and ensure that all team members feel included in the life of the business,” she advised entrepreneurs.

Do the talk, and do the walk

Diversity is clearly on the agenda, but the extent to which this translates into action remains to be seen. Corporates often jump at the chance to launch their own diversity campaigns, spokespeople are quick to discuss the topic openly, but the overall sentiment seems to be that not much is happening behind closed doors — especially when it comes to fixing the broken talent pipeline and hiring.

“I’m frustrated by the number of companies that do the talk but don’t do the walk. There’s a lot of lip service and not enough action,” said Cathy White, founder of startup PR agency CEW Communications and former organizer of GeekGirl Meetup UK.

White is right. Everyone is talking about the need to create a more diverse industry and highlighting the business benefits of doing so, but what’s been done about it?

Alison Wynn, a research associate with the Stanford VMware Women’s Leadership Innovation Lab, recently hosted a TNW Answers session where she spoke about bias recruiting, her research into gender equality in Silicon Valley, and tokenism.

“A lot of the time, companies talk about diversity because they know it’s the socially acceptable thing to do, but when it comes to changing their hiring, evaluation, promotion, and other internal policies to create more diversity, companies usually shy away from doing the tough structural work,” Wynn said.

This issue is so entrenched that organizational researchers use various terms to describe it, referring to it as “window dressing,” “decoupling,” or “isomorphism.”

Change your hiring process, for the sake of diversity (and success!)

To re-address the balance and remove hiring biases, it’s vital that teams make a concerted effort to attract the most diverse candidate pool possible.

Carmen Guillen, a content marketer at Pr.co, explained how she vetoed a prospective candidate after realizing that her male colleagues were about to hire someone who “was blonde, from a small town in the Netherlands, and loved sports.” Basically, an exact carbon copy of them.

As a result, Guillen raised the issue with her team: “The conversations that came during this period were brilliant, as they were open and honest,” she added.

By speaking up, she was able to make an impactful change in her company’s hiring practices, but unfortunately, this isn’t always the case.

“People in privileged positions need to be at the forefront of these conversations. The onus shouldn’t be on the marginalized group, in this case a woman, to educate people on the importance of diversity,” she noted, “It’s a pretty exhausting position to be in when you’re constantly challenging the status quo.”

Dr. Patti Fletcher, co-founder of  PSDNetwork, LLC, couldn’t agree more. “It’s ridiculous when we think about the amount of talent and money that is being left on the table. We hear over and over again from leaders and HR departments that there is a shortage of talent and a war for talent. Wrong! We simply keep using the same words, the same approaches, the same training, the same incentives, the same job boards and we expect a different outcome.”

“We wait for the glass ceiling to be shattered at the top when that hasn’t happened without regulatory mandates AND the truth is that the glass ceiling is most prominent at the middle-manager level where the majority of workforce decisions are made. It is also at this level where we see the biggest drop-offs of under-represented populations,” she added.

Much has been said in the past about the role investors play in tech’s widening funding gap — and here the issue is two-fold: Most investors are male and they’re often more comfortable backing men.

“I’ve built a diverse team around me and it makes me stronger as a leader and it’s a better business for it,” Melinda Nicci, founder and CEO of Baby2Body, a personalized health and wellbeing coach for expecting and new mums, told me on Twitter.

Nicci is not alone. There are truly horrendous stories about female founders having to find a male co-founder in order to be taken seriously by investors. Or women who’ve admitted to hiding their pregnancies while fundraising in fear that this would deter investors from backing them.

Check Warner, founder and partner of Ada Ventures, which in December last year launched a €31.4 million ($34 million) fund to back “overlooked founders,” believes VCs bear responsibility for the diversity of their portfolio companies.

“They are in a position of power, the things they prioritize get resolved. So it’s incumbent upon the people allocating the capital to prioritize diversity and inclusion,” she said, “This goes further up the ladder too — LPs should lean on VCs to ensure they also prioritize better representation.”

Diversity is a highly complex topic. It means different things to different people but the truth is that the tech industry is incredibly bad at it and something needs to be done to change this. Change won’t happen overnight but the longer we leave this, the harder it will be to counteract the issue.

In the meantime, if things carry on as they are, we only have ourselves to blame.

Like Dr Fletcher told us: Diversity is not an option, it’s a reality.

If you too are concerned about tech’s lack of diversity, join us on March 5th in Amsterdam for an evening of actionable insights into “Bridging the Diversity Gap” in funding and leadership. In honor of International Women’s Day, we’re bringing together some of the most successful entrepreneurs in The Netherlands to share their stories of struggle and success in the startup space. Leading Dutch VCs will also offer their thoughts on the importance of investing in women led startups and diverse teams.