Dear NASA, please put a particle collider on the Moon 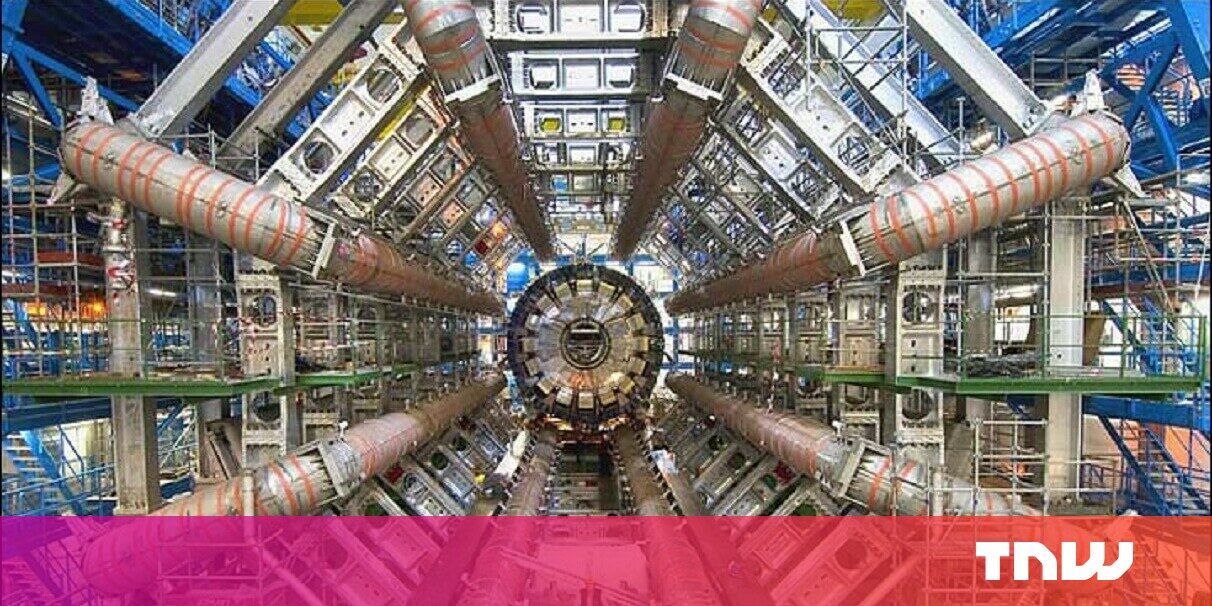 NASA’s current mission, to boldly go where no PR campaign has on behalf of Elon Musk’s SpaceX, is a noble one. Donald Trump wants US boots on Mars. And considering the bipartisan popularity of the idea, whoever ends up president when the smoke clears in November will probably continue the effort.

But what if, instead of spending trillions hurtling mammals towards distant rocks just to prove it’s possible, we actually did something so technologically innovative it fundamentally changes how we approach science?

NASA should put a particle collider on the Moon.

Instead of waiting on Musk and Trump to solve space radiation (something we’ll need to do before anyone gets close to Mars) humans could be perfecting quantum computers and inventing warp drives.

The most famous collider, the Large Hadron Collider in Geneva, Switzerland, sits at the pinnacle of human achievement. It takes tiny particles and accelerates them to nearly the speed of light and smashes them together so we can solve really big problems.

Colliders do have practical uses – especially in the fields of chemistry and nuclear physics – but, for the most part, they’re meant to help us understand the big picture. If we can determine the ground truth about how ions and protons function, the rest of our understanding of physics should begin to fall into place.

The problem is that we know so very little about how the quantum and classical universes are bridged and, for the most part, the biggest questions (how did the universe begin, what’s up with black holes, and what’s the real Hubble Constant?) remain unanswered. Putting a particle accelerator on the Moon could, theoretically, answer those questions and more.

Nikolai Zaitsev, a researcher I’m not familiar with from Innovaest.Org, published a pre-print paper earlier this year on ArXiv titled “Extraterrestrial artificial particle sources. Application to neutrino physics and cosmic rays studies.” In this “memo,” as he calls it, Zaitsev postulates that putting a collider on the Moon would solve most of the problems with terrestrial units:

The Moon is considered as the most promising location for artificial particle sources outside the Earth. This natural satellite is surrounded with deep vacuum, is at low cryogenic temperatures and is always facing the Earth with one side. These features can be exploited by setting up lunar neutrino factory, which may create a possibility for more precise measurements of oscillations and possibly mass of neutrinos.

The big idea here is that the Moon already comes with a vacuum that, as astrophysicist Paul Sutter writes in Live Science, is “10 times better than anything physicists have manufactured in their experiments.” Couple that with the Moon‘s extremely low temperatures and you’ve potentially got a collider that can do ten times the colliding with a fraction of the power requirements.

While there are no guarantees in experimental physics, the data generated by particle colliders has the potential to directly inform a greater “theory of everything.” And, perhaps most exciting, it could significantly increase our understanding of quantum computer systems. To put it in colloquial parlance: building bigger, better colliders might one day help us build quantum computers that actually work. We could theoretically use these quantum systems to solve problems such as warp drives, nuclear fusion, and object entanglement.

It’s quite the leap to say that putting a collider on the Moon could suddenly rocket our civilization into an era of science-based peace and prosperity the likes of which has only existed on the Earth depicted in Star Trek. But it’s probably a damn good start.

Read our daily coverage on how the tech industry is responding to the coronavirus and subscribe to our weekly newsletter Coronavirus in Context.

For tips and tricks on working remotely, check out our Growth Quarters articles here or follow us on Twitter.

We won’t reach other solar systems for a while — robots could visit them first
July 5, 2020

How Ford is making sure its F150 remains the most popular truck ever
July 4, 2020

5 ways to be a better ally in the office, according to psychology
July 4, 2020

4 ways to improve your latest product’s landing page to guarantee conversion
July 4, 2020
DON’T MISS OUT!
Subscribe To Newsletter
Our iOS app will be ready soon, be the first to know
Give it a try, you can unsubscribe anytime.