Dark matter could help us understand the origins of gamma radiation 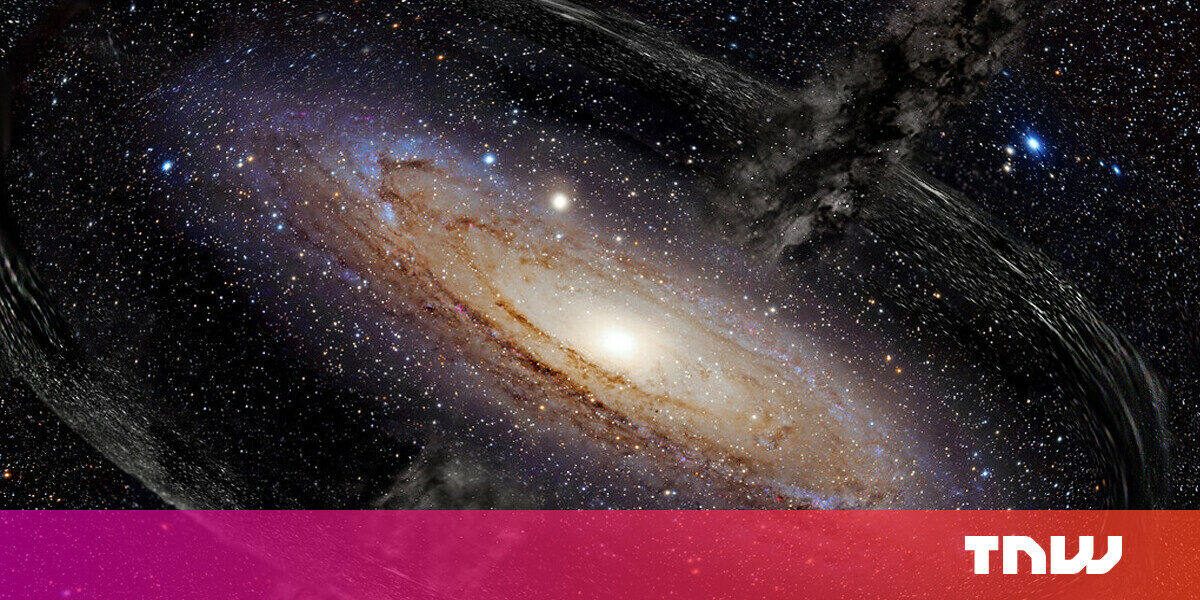 Gamma radiation carries the greatest amount of energy of any frequency of electromagnetic radiation. It is produced by the most powerful events in the Cosmos, including the cores of stars, and the innermost rims of galaxies, as matter plummets toward inevitable doom.

Certainly, massive events like these in the early universe could have produced some of the radiation we see today. Another possibility is that as particles of dark matter collided at this time, these events produced the observed gamma radiation. Below is a video from Hubble ESA showing a simulation of the Hubble Space Telescope examining the effects of dark matter in a cluster of galaxies.

Another possibility is that this energetic radiation is the product of blazars — active galaxies with supermassive black holes at their centers, devouring massive quantities of matter. This is the simplest explanation for the data, but there remains a problem with this explanation.

“[O]ur models for emissions from blazars can fairly well explain the low-energy part of the correlation, but we see deviations for high-energy gamma rays. This can mean several things: It could indicate that we need to improve our models for blazars or that the gamma rays could come from other sources,” Gruen said.

Although dark matter makes up 80 percent of all matter in the Universe, astrophysicists are still puzzled about its nature. We can see its gravitational influence, but it does not give off light or other electromagnetic radiation.

One theory holds that dark matter consists of WIMP’s (Weakly Interacting Massive Particles). When these theoretical particles collide, they would explode in bursts of gamma radiation. However, until researchers conclusively prove or disprove the existence of WIMP’s, this theory concerning the nature of the mysterious gamma radiation remains unproven.

As new instruments go online in the coming years, astronomers will continue to learn more about the nature of dark matter, dark energy, and the faint, unexplained glow of gamma radiation, reaching to us still from the early Universe.

Analysis of the study was published in Physical Review Letters.

This article was originally published on The Cosmic Companion by astronomy journalist, fan of coffee, sci-fi, movies, and creativity. Writing about space since I was 10, still not Carl Sagan. The Cosmic Companion’s mailing list/podcast. You can read this original piece here.

Want a great developer? Stop obsessing over resumes and share a falafel
July 3, 2020

Facebook’s first TikTok clone failed, so it tries for another
July 3, 2020
DON’T MISS OUT!
Subscribe To Newsletter
Our iOS app will be ready soon, be the first to know
Give it a try, you can unsubscribe anytime.