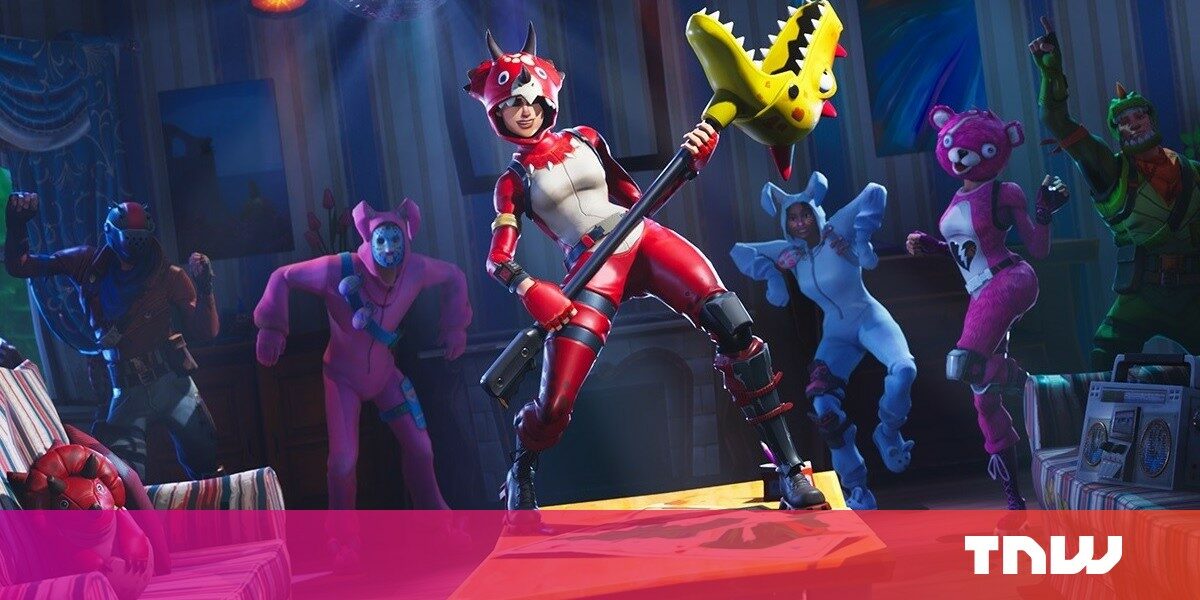 Oh dear, oh dear, today has been very exciting for Fortnite fans. Apple has banned the game from the App Store, and developer Epic Games has now retaliated with a lawsuit. Even that’s not doing the acidity of this feud between the two justice. And now Google has also banned Fortnite from the Google Play Store. What the heck happened?

Epic Games has defied the App Store Monopoly. In retaliation, Apple is blocking Fortnite from a billion devices.

Some backstory is necessary to understand what’s going on here. Epic Games has long been critical of the revenue cut Apple receives from every transaction made via apps it approves. Specifically, Apple takes a 30% revenue cut. This is an industry standard — Steam and the Google Play Store take the same cut — but Epic has been attempting to change that standard for a while. It launched its own PC store that takes a much smaller cut (12%) and offered Fortnite for Android via its website to circumvent the Google Play Store (it later joined the Play Store begrudgingly).

In its continuing attempt to get around sharing so much of its revenue with Apple, Epic added a separate payment option that allowed users to pay a discounted price for in-game swag by paying Epic directly. It’s a very public thumbing of the nose at Apple, but Epic didn’t do it for no reason. This comes on the heels of Apple refusing to allow cloud gaming apps like Stadia and xCloud in the App Store, under the guise these are gaming storefronts and Apple requires every game to be submitted for review individually.

So what has Epic earned from its rebellion? Fortnite’s gone from the App Store.

Apple justified this in a statement to The Verge saying there would be no exceptions for Fortnite:

Epic enabled a feature in its app which was not reviewed or approved by Apple, and they did so with the express intent of violating the App Store guidelines regarding in-app payments that apply to every developer who sells digital goods or services… Epic agreed to the App Store terms and guidelines freely and we’re glad they’ve built such a successful business on the App Store. The fact that their business interests now lead them to push for a special arrangement does not change the fact that these guidelines create a level playing field for all developers and make the store safe for all users.

While Apple also added it’d be willing to reinstate Fortnite if it came to an agreement with Epic, but Epic’s subsequent actions make a compromise seem unlikely.

Epic responded to the App Store ban with a lawsuit, which you can read here. Basically it boils down to Apple’s stranglehold on which apps can be used on iOS is an illegal monopoly. Here’s my favorite quote: “Apple’s removal of Fortnite is yet another example of Apple flexing its enormous power in order to impose unreasonable restraints and unlawfully maintain its 100% monopoly over the iOS In-App Payment Processing Market.”

Also worth noting here is that Apple has long been the subject of antitrust allegations, most recently from the likes of Microsoft, Google, and Facebook. The latter three have each tried to put their own gaming-centric apps on the App Store, only to be consistently rejected. Facebook essentially had to gut its Gaming app to get it approved, which it was not at all pleased about. Microsoft said, when its Xbox Gaming Pass app was rejected, that Apple “consistently treats gaming apps differently, applying more lenient rules to non-gaming apps even when they include interactive content.” Epic cited both xCloud and Facebook gaming in its lawsuit.

BREAKING: Microsoft is *not happy* about its xCloud app being kept from Apple’s App Store: pic.twitter.com/yZ7OYXz8XL

As big as Fortnite is, it’s not big enough to get Apple to budge on its App Store policies. Instead, what this is likely to do is get more companies to come forward and combine their protests with Epic’s. I’m sure Microsoft would be happy to chime in. If the combined might of the Big Tech world could get behind the lawsuit, it might — might — push Apple to change.

However, a further wrinkle came later in the day when Google also kicked Fortnite off its store, citing the same reason as Apple (statement via The Verge):

The open Android ecosystem lets developers distribute apps through multiple app stores. For game developers who choose to use the Play Store, we have consistent policies that are fair to developers and keep the store safe for users. While Fortnite remains available on Android, we can no longer make it available on Play because it violates our policies.

This is not quite so bad, as Android users can still download Fortnite from Epic’s official site and play it. But it’s still a blow for mobile gamers.

I want to make it pretty clear that Epic was gearing up for just this eventuality — I would hazard a guess it implemented the alternate payment method specifically to goad Apple into banning Fortnite. Why do I think that? Well, the most amazing, and petty part of this whole thing is a short film called Nineteen Eighty-Fortnite, a parody of Apple’s 1984 Ridley Scott-directed trailer for the original Macintosh, itself a massive reference to the George Orwell novel 1984. In case you’ve not seen it yet, this is the original trailer in question:

And this is the Fortnite parody:

There’s no way Epic threw Nineteen Eighty-Fortnite together in a couple of hours. This had to have been something it made and then waited to deploy until Apple made its move. It’s even crafted its own hashtag and message, that being #FreeFortnite. It describes its battle with Apple as defying the “App Store Monopoly,” and implores gamers, “Join the fight to stop 2020 from becoming ‘1984.’”

What effect will this have on gamers? If you haven’t downloaded Fortnite on the App Store, you no longer can. And if you have, then you’re going to be out of luck next time Apple updates iOS, as Epic can no longer push updates to the app.

If I’m being honest, I’m not sure whose side I’m on here. I’m not crazy about how zealously Apple is walling its garden, but I’m also not going to be tricked into sympathizing with Epic’s desire to keep more money on top of the bunch it undoubtedly has. Don’t get it twisted: Epic’s fight may benefit the little guy in the end, but it is not the little guy and neither are Microsoft or Google.

Still, it’s an interesting philosophical debate. Should Apple back off on the revenue cut? Does Apple have a point that Epic agreed to the terms its now defying? And does Google also banning Fortnite change the dynamic at all?

I guess we’ll find out in court, if it ever goes that far.

The Nintendo 3DS has been discontinued — long live the Switch
September 17, 2020

Dear developers, it’s time to stop making the same sports games over and over
September 17, 2020

This nifty chart compares cost of EVs to their range to find the best value
September 16, 2020
DON’T MISS OUT!
Subscribe To Newsletter
Our iOS app will be ready soon, be the first to know
Give it a try, you can unsubscribe anytime.