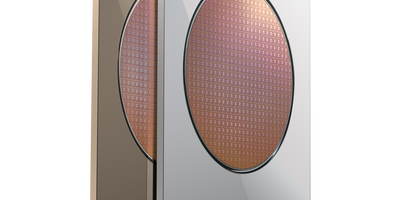 Apple now has its own music awards, with winners picked by Apple Music’s editorial team or based on streaming data from the service. The first recipient of its top award, Global Artist of the Year, is Billie Eilish. The Apple Music Awards will be streamed live on Dec. 4 at 6:30PM Pacific Standard Time from the Steve Jobs Theater in Apple’s Cupertino headquarters, with a performance by Eilish.

Breakthrough Artist of the Year went to Lizzo, for “Cuz I Love You,” while the first Song of the Year is “Old Town Road” by Lil Nas X, the service’s most streamed track this year.

Winners will be given an trophy that contains “Apple’s custom silicon wafer suspended between a polished sheet of glass and a machined and anodized aluminum body… in a symbolic gesture, the same chips which power the devices that put the world’s music at your fingertips sit at the very heart of the Apple Music Awards,” read the company’s press release.

The launch of Apple Music Awards underscores the company’s increasing focus on services, as revenue from hardware slows. This year, it launched new subscription services like Apple TV+ and Apple Arcade, both of which emphasize exclusive content.

Apple Music competitor Spotify also recently announced its own music awards, with winners picked based on streaming and user engagement data. The first Spotify Awards event will be held in March 5 in Mexico City (the service’s biggest single market) and broadcast live on TNT in all Spanish-language countries in the region.

“The Apple Music Awards are designed to recognize the passion, energy and creativity of the world’s favorite artists. The musically diverse group of inaugural winners have sparked deep social conversation, influenced culture and inspired our customers around the world. We couldn’t be more excited to celebrate them,” said Oliver Schusser, vice president of Apple Music and International Content, in its press release.