NASCAR could debut hybrids as early as 2022 – TechCrunch 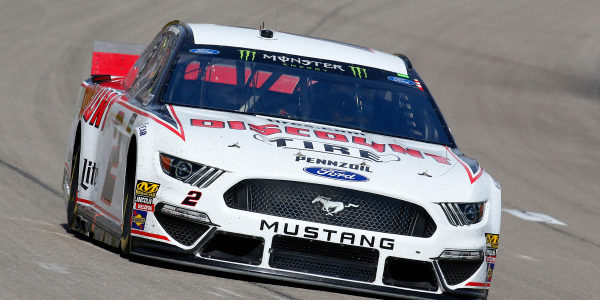 The auto-racing series — which is America’s most popular motorsport — opened up on the development of competition vehicles powered by gas and electricity.

“We travel the world visiting other sanctioning bodies and are not ignorant to the fact that the world’s going towards more hybrid technology,” Probst told TechCrunch during a track-side interview at Charlotte Motor Speedway.

“We’re pushing to go full electric. I don’t know where the balance nets out for us long-term, but some form of hybrid technology is certainly on our radar…after 2021,” he said.

A NASCAR rep speaking on background added further clarification saying, “Nothing is fully confirmed until it hits the race track. That said, hybrid tech could certainly be in our cars by 2022, if all plans stay on track.”

NASCAR will wait until after its Next-Gen gas race car  guidelines release in 2021. “Trying to do it all at once would be overwhelming,” Probst said.

As for application, NASCAR would likely debut hybrids for racing on shorter courses and those with more turns and braking. That could include technical tracks — such as Watkins Glen or Charlotte Motor Speedway’s Roval —  but would not be limited to that.

“We have to research all of this, but I think there are also some deployment options for intermediates and our speedways that can be explored,” Probst said, referring to courses of 1.5 miles or less in length.

Many of NASCAR’s races — like the Daytona 500 — are endurance motorsport events (with multiple pit-stops) held on 1.5 to 2 mile oval tracks.

It could take more time to develop hybrid engine cars for these full-throttle formats, since EVs lose their regenerative braking qualities at steady rates of speed.

NASCAR is still sorting how a race hybrid would come together. “It will likely be some form of electrification parallel with our current internal combustion engine to add power,” Probst said.

Rather than use hybrid technology solely to extend range, NASCAR will look to harness it toward improved performance.

“Braking is typically used as a mechanism to get the power back into the batteries. As far as when you actually apply the power. I think that that’s what we need to study…and work through with our OEMs on how it’s deployed,” Probst said.

NASCAR could find ways to deploy hybrid technology for a supercharged or turbo effect on race cars.

“Is it deployed automatically in some pre-canned strategy? Is it deployed in the form of a button that the driver hits to get extra power to make a pass or complete a pass? Those are all areas that we have to look at,” Probst said.

“I think you could…use the engine to actually do the regen. So the driver gives up an amount of power, knowing that he’s recharging the battery to then strategically use the boost later on in the race.”

However NASCAR configures its hybrid setup, it could have application for EV tech on production cars sold by the race series’ manufacturing partners Ford, Chevy, and Toyota.

“As OEMs, NASCAR looking at a hybrid for the future is of interest to us,” said Pat DiMarco, Ford Performance’s NASCAR Manager.

While what currently runs on the race track is dissimilar to any production vehicle, there’s still a connection from NASCAR to the showroom floor, according to DiMarco.

“The days of old…when we built an engine to go racing and took the the parts off that to put directly into a production car, a lot of that isn’t there,” he said.

But DiMarco noted a number of things Ford teams use in NASCAR — such as systems to improve engine performance and aerodynamics — find their way to engineering teams in Michigan.

“We’ll use the tools here, develop them better in racing, make them more accurate, and everything automatically transfers to production,” he said.

NASCAR champion and current driver Brad Keselowski is long on hybrids in the sport. “I’m a big fan of the technology,” he told TechCrunch between races at Charlotte Motor Speedway.

“One, it gives the sport greater performance potential out of the cars and, two, it gives NASCAR relevance to the marketplace — because nobody will develop this technology harder or faster in motorsports than we will,” Keselowski said.