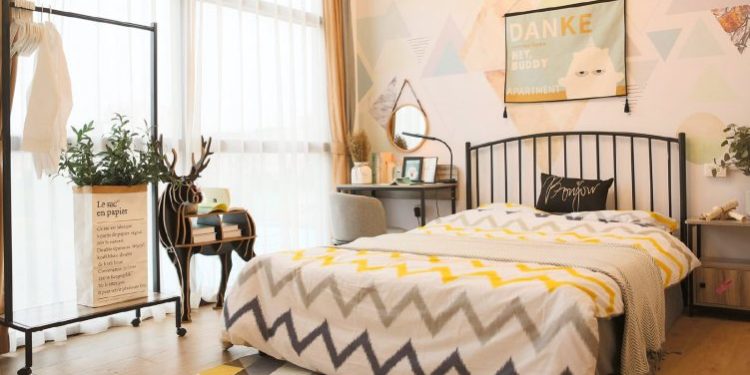 A few months after nabbing a handsome $500 million funding round, China’s shared housing startup Danke Apartment got a talent boost.

On Monday, Danke announced the appointment of Gu Guodong as its new chief operating officer to ramp up the company’s offline operational crew. Gu, whose nickname is Michael, stepped down from Baidu after five years as one of the key figures in search, historically the company’s biggest revenue-generating division. He’s known to have managed several tens of thousands of marketing staff and helped generate sales of close to 100 billion yuan ($14.44 billion) for Baidu annually.

Gu’s arrival followed a period of explosive expansion at Danke, which is now managing almost 500,000 units of rooms across 10 Chinese cities after founding four years ago. The startup takes the co-living approach akin to that of WeWork’s Welive and rents out fully furnished apartments targeted at young professionals who can’t afford a full suite. Backed by Tiger Global and Alibaba’s financial affiliate Ant Financial, Danke’s valuation crossed $2 billion in its funding round in February.

Gu is one of the former Baidu executives who resigned during a recent top-level exodus (report in Chinese) that involved at least five leaders, including the search division boss Xiang Hailong, to whom Gu reported. There were speculations that Xiang’s exit might have triggered his lieutenants to leave, though TechCrunch has learned from a person close to Gu that he had left “one to two weeks” prior to Xiang’s departure.

For Gu, joining Danke would almost feel like returning home. “We welcome our comrade and good friend Michael,” said Danke chief executive Gao Jing, who previously worked alongside Gu at Nuomi, the local services startup that was sold to Baidu for $3.2 billion and became integral to the internet giant’s online-to-offline business. Derek Shen, an investor and current chairman of Danke, co-founded Nuomi in 2010 before heading up LinkedIn China between 2014 and 2017. Several other core members of Danke have also hailed from Nuomi.

Danke is confident that Gu’s addition will be a boon to its operational capacity. “Gu has abundant experience in operational management, sharp business insights, outstanding leadership, and a deep understanding of the internet sector and user needs,” said Gao. “Under his direction, Danke will enter a new phase of refined operation.”

By that, Gao means Gu will be tasked with rolling out more targeted marketing, more efficient housing renovation, more precise acquisition of apartment space, among other quality-control measures to drive sustainable growth at the company.