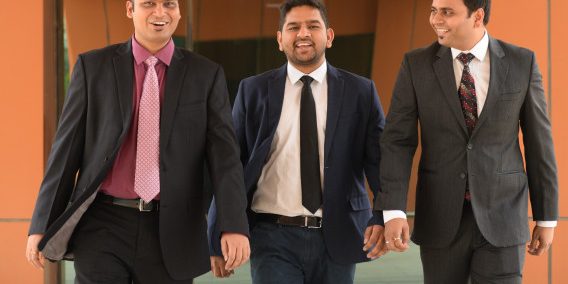 India has 22 official languages, which often presents a challenge for businesses that want to scale across the entire country. Video-sharing app Roposo, however, uses that to its advantage by offering content in several different regional languages. Based in Gurgaon, Roposo announced today that it has raised a $10 million Series C from returning investors Tiger Global and Bertelsmann, bring its total funding so far to $31 million. Roposo will use new funding for hiring, product development, and user acquisition.

Tiger Global first invested in Roposo’s Series A round and also returned for its Series B, according to Crunchbase. After an Indian startup funding spree, Tiger Global hit pause on new investments there for a couple of years before reportedly closing a $3.75 billion fund this year to focus on India, the U.S., and China. Roposo’s funding news comes a week after facility management company Facilio, another Indian startup, announced that it also received funding from Tiger Global.

Roposo originally launched as a fashion-based social network in 2013 before pivoting to videos in August 2017. It now claims 7.5 million monthly active users, 250,000 user-generated videos, and 160 million video views a day.

Co-founder and chief executive officer Mayank Bhangadia tells TechCrunch that Roposo’s pivot came from “a gradual evolution of the platform from a fashion social network into rebooting as a complete social video network to enter the next big level of game play.” Users still share videos about fashion, but now it is one of several topics, including music, comedy, spirituality, tech, travel, and current events (Roposo organizes videos into about 25 interest-based channels).

Roposo currently claims a total user base of 25 million. One obvious question is how the app plans to keep their attention as Facebook, Twitter, and Instagram each aggressively promote their live-streaming video features.

One of Roposo’s key advantages is its focus on multiple Indian languages (it offers content in 10 so far), which gives it an edge in smaller Indian cities and towns. Bhangadia says it also differentiates by creating a TV-like viewing experience and offering editing tools that make it easy for people to start broadcasting (about 30% of Roposo’s users have created content). Video creators can also make money based on how much user engagement their content generates.

Navigating Uncertain Times – Digital Transformation as a Competitive Advantage
May 26, 2020

Americans believe driverless cars are ‘not ready for primetime’
May 19, 2020

IoB Meets…Haresh Malkani, CTO at the CESMII – The Smart Manufacturing Institute
May 19, 2020

Tyson’s Chairman Said ‘The Food Supply Chain Is Breaking.’ Here’s Why He’s Wrong.
May 16, 2020
DON’T MISS OUT!
Subscribe To Newsletter
Our iOS app will be ready soon, be the first to know
Give it a try, you can unsubscribe anytime.