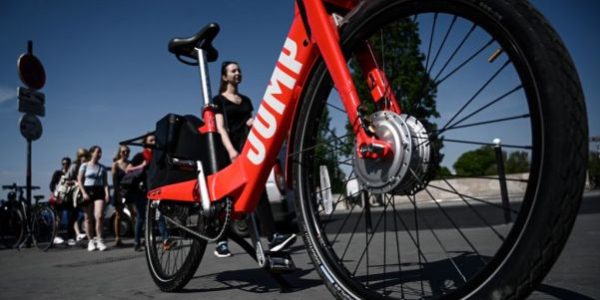 Uber -owned JUMP pulled its bikes and scooters from a handful of markets over the last few months. The latest city affected is San Diego, where JUMP’s bikes and scooters will no longer be available as of September 19, with the exception of two naval bases in the city.

“We understand this may have a huge impact on your day-to-day commuting and we regret the fact that we can no longer provide this service to you,” JUMP wrote in an email to its San Diego customers.

The decision was in light of San Diego councilperson Barbara Bry calling for a moratorium on scooters in the city until it could figure out a fiscally responsible and thoughtful plan.

“We agree with local elected officials in San Diego who’ve said current micromobility regulations foster an unsustainable operating environment, which is why we’re ending our operations as of today,” an Uber spokesperson told TechCrunch. “We look forward to working with the city to develop more sensible regulations.”

Earlier this week, JUMP removed its bikes from Providence following acts of vandalism and misuse. This month, JUMP is also removing its bikes from Atlanta after operating in the city for just nine months. Its scooters, however, will remain.

“We are winding down our current JUMP e-bike operations in Atlanta,” an Uber spokesperson told TechCrunch. “We will continue to offer JUMP scooters and look forward to continuing conversations with city leaders on how we can work together to expand transportation options.”

That decision came after Atlanta halted its permitting process for dockless vehicles and implemented a nighttime curfew for them. Meanwhile, JUMP also pulled its bikes from Dallas and San Antonio, with no real explanation. In Staten Island, regulatory hurdles forced JUMP to remove its bikes. Since June, JUMP has pulled its bikes from at least six markets.

“Our goal is to make JUMP electric bikes and scooters a sustainable part of the transportation ecosystem,” an Uber spokesperson told TechCrunch. “We currently have JUMP products in over 25 cities worldwide and we make operational decisions on a case by case basis.”

It’s likely those case-by-case decisions are at least partially fueled by unit economics — looking at everything from ridership to vandalism to theft.

Meanwhile, San Francisco seems to remain a solid market for JUMP bikes. In August, JUMP hit one million rides in San Francisco since launching in January 2018 with a total fleet size of 500 bikes. Earlier this year, JUMP touted its high utilization rates in the city compared to docked bike providers.

Uber’s JUMP, of course, is not the only company facing issues with its micromobility operations. In July, Lyft had to pull its e-bikes from San Francisco following apparent battery fires. Then, in August, a Lime bike caught on fire in Seattle. On the positive side for Uber, at least there have not been any reports of its bikes or scooters catching on fire.

This is all to say micromobility is not an easy business. Between regulatory hurdles, potential vandalism and faulty batteries, there are a number of factors that can stand in the way of success.